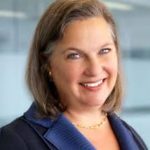 An individual leader’s acceptance of democratic norms and values can play a vital role in facilitating the development of civil society and political transitions, says a leading expert.

Russia will allow U.S. Under Secretary of State Victoria Nuland (right) to visit for talks despite having previously blacklisted her, after Washington agreed to lift a similar restriction placed on a Russian citizen, Moscow said on Sunday, Reuters reports. The U.S. official, who is expected in Moscow from Oct. 11 to 13, visits at a time when political ties between the countries are badly strained. She will meet senior officials to discuss bilateral, regional and global issues, the State Department has said.

Professor Archie Brown’s latest book, “The Human Factor: Gorbachev, Reagan, and Thatcher, and the End of the Cold War,” is an investigation of the role of individual political leaders, including Mikhail Gorbachev, in the end of the Cold War, the collapse of the U.S.S.R. and political transitions, says Felix Light. 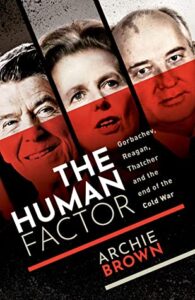 It is worth summarizing twelve remarkable achievements which owed more to Gorbachev than to anyone else in the Soviet Union which were appreciated at the time, even if increasingly forgotten, not least in Russia, thereafter, he writes for the Moscow Times:

That last point was linked to Gorbachev’s acceptance of democratic norms and values, with the principles of democracy understood in the same way as in long-established Western democratic states, Light adds. RTWT