Any renewal of democracy requires political institutions to be “as inclusive as possible” through a reassertion of “democratic pluralism,” argues Michael Lind, author of The New Class War: Saving Democracy from the Managerial Elite.

In order to “rebuild a functioning democratic nation-state in which politics is not all about 51 percent trying to annihilate 49 percent, I think we have to be as have to be as inclusive as possible … you have to have a government based on compromise,” he told The American Interest assistant editor Aaron Sibarium: 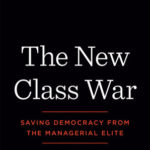 You have to admit that the conflicts are legitimate. Because if one side is simply wrong or one side is simply evil, then there’s no point in compromise. So democratic pluralism is a very realistic view of politics. It’s arguably the case that employers and employees have clashing interests on things like trade and immigration. There is no one objective policy, so you have to negotiate and make trade-offs.

The root of a liberal outlook for Isaiah Berlin – the philosopher of freedom (above) – was that the most important distinguishing feature of human beings is freedom of the will, which enables us to make choices and so build our own unique identities, notes Henry Hardy.  Any dogma or political system that constrains or forbids our choices, requiring instead compliance with some authoritarian dispensation, degrades and denies our human essence, and is to be resisted with all the means at our disposal, he writes for The Times Literary Supplement:

The most basic principle of Berlin’s liberalism is the Millian rule that every individual should be free from the interference of others, free to choose his or her own path in life, except in so far as restraint is needed to protect the same right for others. This is called “negative liberty” because it is based on an injunction not to impede another’s freedom. 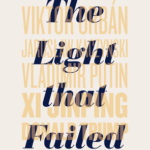 In the early 1990s, hopes for the eastward spread of liberal democracy were high. And yet the transformation of Eastern European countries gave rise to a bitter repudiation of liberalism itself, not only there but also back in the heartland of the West, The John W. Kluge Center  writes.

“The Light That Failed: Why the West Is Losing the Fight for Democracy,” the new book by Ivan Krastev and Stephen Holmes, asks why the West, after winning the Cold War, lost its political balance. In this brilliant work of political history, Krastev and Holmes argue that the supposed end of Communism turned out to be only the beginning of the age of the autocrat. Reckoning with the history of the last thirty years, they show that the most powerful force behind the wave of populist xenophobia that began in Eastern Europe stems from resentment at the post-1989 imperative to become Westernized.

Join the Kluge Center on Wednesday, February 19 for an interview with Krastev about Europe’s past, present, and future. A reception will follow the discussion. RSVP