In an era of geopolitical competition, Europe believes it offers an approach based upon multilateralism and international solidarity, but it needs to understand perceptions in the Global South and improve its own international standing, a new report contends. 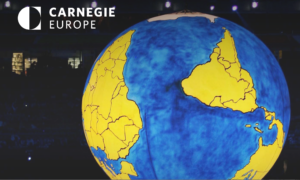 Experience of the European Union’s normative role in the ‘Global South’ is very much tied to the degree to which the union has a credible track record of engaging and supporting democratic actors, according to Carnegie analysts Rosa Balfour, Lizza Bomassi and Marta Martinelli.

Europe’s greatest stains lie in its treatment of refugees and migrants and its failures in being effective in supporting democracy and human rights, they write in The Southern Mirror: Reflections on Europe From the Global South, featuring:

Brazil: EU Relations at the Best and Worst of Times – OLIVER STUENKEL