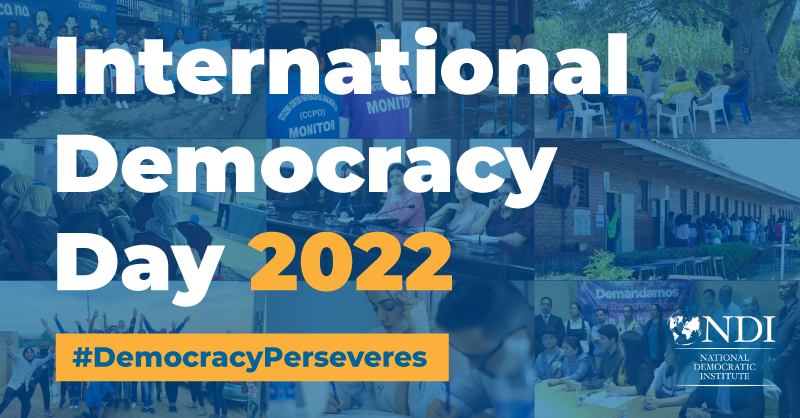 As we mark International Democracy Day…….

The free world should recognize it has a substantial strategic advantage in this contest [of democracies vs. autocracies], because, fundamentally, people do not want to live in a world dominated by authoritarians or authoritarian values. Polls show large majorities worldwide consider democracy their preferred form of government, notes Derek Mitchell, president of the National Democratic Institute (NDI).

In fact, many of the same studies that have measured a steady decline in democracy worldwide have also tracked the increase in popular protest. Populations are organizing in greater numbers than ever to make their voices heard, assert their rights and demand change, he writes for The Hill:

In the 21st century, it is willful blindness to believe that political systems do not matter and that popular will is not an increasingly important factor in national affairs and international security. It is encouraging that the Biden administration understands this and that bipartisan support for democracy assistance in Congress remains strong. But the administration, Congress and our allies must act with greater urgency and pursue this agenda with resources and strategic focus. We must prepare a “National Democracy Strategy” to supplement the upcoming National Security Strategy.  RTWT