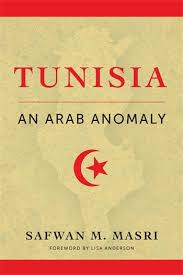 Tunisian President Beji Caid Essebsi’s hosting of Saudi Crown Prince Mohammed bin Salman caused much discontent and led to large-scale civil society protests in the streets of Tunis, reports suggest. The price for this bad PR, it appears, was $500m. During the Saudi leader’s visit, Tunisia sealed a number of deals, according to an unnamed official quoted by Bloomberg, including a $500m loan at favorable interest rates.

The notion of a Tunisian “model” is a convenience for Western observers who still hope that all is not lost from the once heady optimism of the Arab Spring, according to the Brookings Institution’s Shadi Hamid and Sharan Grewal. It offers, however, little solace to Tunisians themselves, who sense — correctly — that their democracy remains imperfect. Tunisians, who haven’t lived under the sheer brutality of Egyptian dictatorship or the collapsing state structures of Yemen, aren’t comparing themselves to those countries; they are comparing themselves — rightfully — to what they wish they could be, they write for The Washington Post:

Tunisia’s democracy is indeed struggling. It is failing to improve the economy and reduce corruption, overreacting to terrorist attacks and postponing important but potentially polarizing decisions. But Tunisia nonetheless continues to stand out in ways that, for the region at least, are unusual. That hundreds of Tunisians came out to protest the visit of Saudi Crown Prince Mohammed bin Salman isn’t necessarily surprising. But the images still were striking considering how much rarer such protests — or protests, in general — have become in the Arab world after the Arab Spring turned dark. RTWT

Not much remains of the euphoric mood and the hopes that drove the Arab Spring. Nearly eight years on, a return to pre-2011 conditions, however, is out of the question, says analyst Loay Mudhoon. The authoritarian reinstatement of prior conditions that has taken place in many flux-nations since 2013 does not provide any kind of answer to the huge challenges of the present and the future in Arab nations, he writes for DW:

This development is worrying, as the socioeconomic conditions that ultimately led to the Arab revolutions have dramatically worsened. Today one in three Arabs is under 23 and in the next 20 years the Arab world is going to need 50 million jobs — and no one knows where these are going to come from. In this context, it can be assumed that without far-reaching political and economic reforms, nations such as Egypt will soon be ungovernable.

Western efforts should also be focused on stamping out widespread corruption, in the implementation of economic reforms for the middle classes and in the bolstering of civil society and the rule of law, he adds.