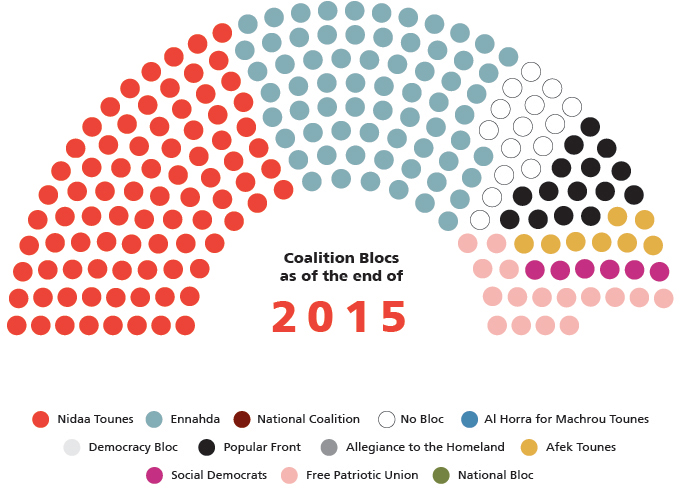 On September 15, Tunisians will cast ballots in their country’s second free and democratic presidential election since the 2011 revolution, the Project on Middle East Democracy reports. The highly competitive race features 26 ideologically diverse candidates vying to succeed President Beji Caid Essebsi, who died in July at age 92, a few months before his five-year term was set to end. Against a backdrop of widespread economic and political frustration among voters, and with no clear frontrunner, the upcoming contest is likely to shake up the status quo and realign Tunisia’s political landscape.

With campaigning now underway, and in advance of the September 7-9 presidential debates—the country’s first—POMED is pleased to publish “A Guide to Tunisia’s 2019 Presidential Election.” The guide, written by POMED staff, discusses the political context for the presidential contest, outlines the electoral process, and highlights 12 of the leading candidates.

Arab Islamists are divided over Ennahda’s decision to run a presidential candidate, notes Khalil al-Anani, associate professor of political science at the Doha Institute for Graduate Studies and a Non-Resident Fellow at Center for Global Policy. Some welcome the decision as a step towards normalising Islamists’ relationship with politics, viewing this as a departure from the cycle of fear and historical reluctance to compete for power.

Others, however, see it as a risk – a miscalculated move that could create many problems – not only for Ennahda, but for the nascent democratic experience in Tunisia as a whole, he writes for Middle East Eye. They believe that if its deputy leader, Abdelfattah Mourou, wins the elections, there could be domestic and regional backlash, especially in light of the fierce and ongoing confrontation between the counter-revolutionary axis (Egypt, the UAE and Saudi Arabia) and political Islamic forces.