The Tunisian Crisis and Migrations: Myths and Reality https://t.co/MVy9tgKx8X

A Tunisian populist politician who aligns herself with an ousted dictator has been rising in the polls in the north African country, as chaos in the fragmented parliament scuppers efforts to tackle its economic crisis. The increasing popularity of Abir Moussi, a lawyer who heads the Free Destourian party that frequently instigates protests in parliament, comes as a new prime minister tries to form a government that will need to secure the approval of the assembly’s disparate parties in a confidence vote, The FT’s Heba Saleh writes:

The political dysfunction in Tunisia, seen as the only democracy to emerge from the 2011 Arab revolts against dictatorship, has hampered its efforts to manage an economic crisis exacerbated by the coronavirus pandemic. With about 1,738 cases of Covid-19 and some 50 deaths, Tunisia has been able to control the spread of the virus through initial strict measures. But in a country where high unemployment fuels frequent unrest, pressures are expected to soar as the economy contracts this year by an expected 7 per cent.

In a sign of how desperate things have become, Tunisians now make up the largest group of illegal migrants reaching Italy by sea according to official figures. If parliament rejects Prime Minister Hichem Mechichi’s new cabinet in a vote due to take place in the coming weeks, Kais Saied, the president, will dissolve the assembly and new elections will have to be held. This could further delay meaningful action on the economy including a loan agreement with the IMF. 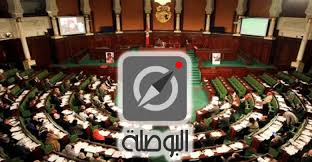 “There is unprecedented tension and paralysis in parliament . . . It does not help solve Tunisia’s problems,” said Youssef Ebeid, legal analyst at Al Bawsala (right), a civil society group.

Tunisia is facing two major crises, says IAI/GMF Fellow Dario Cristiani. One is institutional, as the government resigned and President Kais Saied tasked the outgoing Interior Minister Hichem Mechichi to form a new executive. The other one is economical: the impact of confinement and the global recession triggered by the pandemic will push Tunisia into the worst recession of its independent history, he writes.

A parliament comprised of 20 parties with disparate ideologies and a smattering of independents made forming a cohesive governing coalition particularly challenging. After the Islamist Ennahda party failed to win confidence in its proposed government in January, President Kais Said appointed Elyes Fakhfakh, a former minister of finance, to form a government as prime minister, adds Leo Siebert, USIP’s Tunisia Country Manager. But a number of factors made a coalition of necessity unsustainable:

The last few years of political development in Tunisia have exposed some serious problems that threaten the country’s democratic transition, an Arab Center forum heard today (see below). The country’s democracy deserves a commitment from its politicians to set aside their differences and help in the task of both preserving the achievements of the Arab Spring protesters and setting the stage for a robust economic development program.