United Nations investigators on Wednesday implicated President Nicolás Maduro of Venezuela and other high ranking officials in systematic human rights abuses amounting to crimes against humanity — including killings, torture and sexual violence — and called for criminal investigations to determine the extent of their involvement, The Times reports: 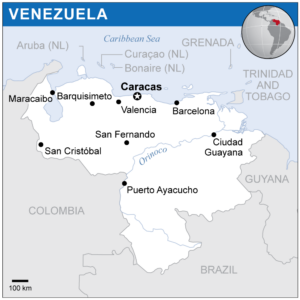 A three-member panel appointed by the U.N. Human Rights Council said it “had reasonable grounds to believe” that Mr. Maduro, the interior minister, the defense minister, and the directors of Venezuela’s security and intelligence services “ordered or contributed to” the arbitrary detention, enforced disappearances and torture of critics and extrajudicial killings. … In a 411-page report listed about 3,000 cases and focused on events since 2014, when opposition to Mr. Maduro’s government gathered force and the authorities resorted to increasingly brutal tactics to stay in power.

“This is a detailed, devastating and unabashed report on human rights violations and crimes against humanity perpetrated in Venezuela between 2014-2020 by the security forces,” said Miriam Kornblith, Director for Latin America and the Caribbean at the National Endowment for Democracy.

“Far from being isolated acts, these crimes were coordinated and committed pursuant to state policies, with the knowledge or direct support of commanding officers and senior government officials,” said Marta Valiñas, a Portuguese jurist who was chairman of the panel. 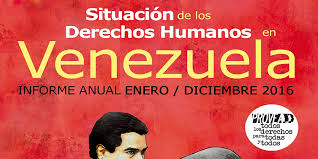 “These acts were committed pursuant to two state policies, one to quash opposition to the government and another to combat crime, including by eliminating individuals perceived as criminals,” Valinas told reporters. “We also consider that the documented crimes were committed as part of a widespread and systematic attack against the civilian population.”

The report could be used to aid in the prosecution of senior officials at the International Criminal Court in The Hague or in countries that allow universal jurisdiction for crimes against humanity, The Post adds.

“This is the first time that they are being very clear that crimes are under international law and that President Maduro, and his minister of defense and interior, have all been involved,” said Valentina Ballesta, Amnesty International researcher for South America. “Some of the crimes were systematic and widespread enough to be considered crimes against humanity.”

Several civil society groups contributed to the report as experts providing direct information and/or through their publications which are referenced in the document.