China has committed “serious human rights violations” against Uyghur Muslims in Xinjiang province which may amount to crimes against humanity, the outgoing UN human rights commissioner has said in a long-awaited and damning assessment, The Guardian reports.

Omer Kanat, the executive director of the Uyghur Human Rights Project said it was “a game-changer for the international response to the Uyghur crisis.”

“Despite the Chinese government’s strenuous denials, the UN has now officially recognized that horrific crimes are occurring,” he added.

The assessment is an “incredibly strong report” despite the fact that it avoids the word genocide, said Pete Irwin, UHRP’s Senior Program Officer (above). Dolkun Isa, President of the World Uyghur Congress, said “it paves the way for meaningful and tangible action by member states, UN bodies, and the business community.”

A joint statement signed by 63 Uyghur advocacy groups and activists welcomed the report, describing it as the “most definitive assessment of the issues faced by Uyghurs and other Turkic peoples” in China.

“The high commissioner’s damning findings explain why the Chinese government fought tooth and nail to prevent the publication of her Xinjiang report, which lays bare China’s sweeping rights abuses,” said Sophie Richardson, China director at Human Rights Watch. She called on the U.N. Human Rights Council to initiate a comprehensive investigation into the Chinese government’s actions “and hold those responsible to account.”

Others were disappointed that the report failed to use “the G-word” to describe China’s abuses.

“Despite well-documented evidence of state-sponsored torture and the intended destruction of the entire Uyghur ethnic groups through massive concentration camps, physical and mental torture, slave labor, massive displacement, enforced sterilization to prevent population growth and separation of children from their parents, the U.N. report came short of calling the crime by name,” said Mehmet Tohti, executive director of the Ottawa-based Uyghur Rights Advocacy Project. “It seems to me that the report has gone through serious haircuts,” he told The Times.

Campaign for Uyghurs (CFU) demands concrete action be taken by the United Nations (UN) and by governments to bring an end to the Uyghur genocide. The report’s findings point to mass detention, coercion in the implementation of birth control measures, torture and sexual violence in state-run detention facilities.

The report, however, seems to uphold ambiguity in instances when clear and convincing evidence has been shown, stating: “Data remains incomplete…this makes it difficult to consider these statistics in the context of a longer timeframe…” Additionally, far too many pages are allocated to China, giving unnecessary space to their false case for “counter-terrorism” as justification for atrocities.

The report details numerous human rights violations, but fails to call them crimes against humanity or genocide, the Campaign for Uyghurs (CFU) observes.

Rayhan Asat, a Uyghur human rights lawyer and non-resident senior fellow at the Atlantic Council, is not alone in her criticism of the way the UN has handled the case, Deutsche Welle reports. 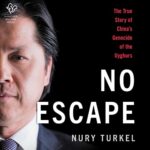 “China should understand this as a demonstration of the world’s seriousness about defending and protecting Uyghur rights, and that if it wishes to be seen as a world leader, then it must immediately abandon the genocidal policies that are making it an international pariah once again,” she said.

Uyghur lawyer Nury Turkel, the chair of the US Commission on International Religious Freedom, was even more damning of the U.N.

“If this report was released when it was ready, we might have had less casualties,” he told DW. “The damage done to the Uyghur people is irreversible. No one can bring it back to us. This crime is still underway. I don’t have words for my disappointment and dissatisfaction with the UN.”

“We continue to urge the UN Human Rights Council and Member States to pursue the implementation of the 2020 recommendations made by over 50 UN human rights experts to ‘act with a sense of urgency to take all appropriate measures to monitor Chinese human rights practices,'” said Senator Jeff Merkley (D-OR) and Representative James P. McGovern (D-MA), the Chair and Cochair respectively of the bipartisan and bicameral Congressional-Executive Commission on China (CECC),:

Around one million Uyghur civilians have been imprisoned in concentration camps, where they are subjected to torture, sexual abuse, family separation, and more, said the Hudson Institute’s Turkel, the author of No Escape: The True Story of China’s Genocide of the Uyghurs.

Inmates are made to work in factories; the products they produce are integrated into global supply chains and are purchased and sold by mainstream brands. In the wider region, the Beijing authorities are orchestrating a concerted campaign to forcibly assimilate citizens and wipe out Uyghur culture, he told a recent forum (below) at the National Endowment for Democracy’s International Forum for Democratic Studies, moderated by Christopher Walker, with introductory comments by Damon Wilson (NED).