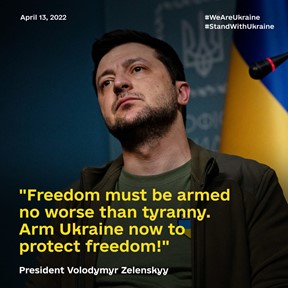 The Ukrainian people’s resistance to Russia’s invasion has stirred the unity of the democratic world and showed “that freedom must be fought for,” Ukraine’s Volodymyr Zelenskyy told the World Economic Forum today.

The conflict “represents a turning point in history and the resulting tragedy will reshape our political and our economic landscape in the coming years,” said WEF Founder Klaus Schwab.

The war is an intellectual and spiritual confrontation between two mindsets: two views on the modern international system and on the world at large; two opposing perceptions of what is right and what is wrong, what is fair and what is not, what is legitimate and what is illegitimate and of what national leadership should entail, argues Andrey Kortunov, director general of the Russian International Affairs Council. There are three scenarios for how the war ends, and each would have enormous geopolitical consequences, he writes for The Economist:

If the conflict triggers a gradual, orderly and non-violent transition in which the global order becomes more stable, it would mean that humankind has not let Ukraine’s sacrifices go to waste, Kortunov concludes. RTWT

By contrast, a true defeat [for Putin] could force the reckoning that should have happened in the 1990s, the moment when the Soviet Union broke up but Russia retained all of the trappings and baubles of the Soviet empire, argues Anne Applebaum. Military loss could create a real opening for national self-examination or for a major change, as it so often has done in Russia’s past. 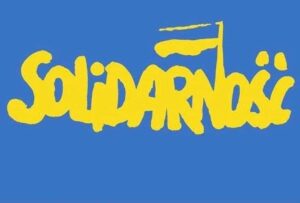 Only failure can persuade the Russians themselves to question the sense and purpose of a colonial ideology that has repeatedly impoverished and ruined their own economy and society, as well as those of their neighbors, for decades, she writes for The Atlantic. Yet another frozen conflict, yet another temporary holding pattern, yet another face-saving compromise will not end the pattern of Russian aggression or bring permanent peace.

In the end, the desired outcome to this war would see the Ukrainians forcing a Russian withdrawal or, at a minimum, getting Moscow to agree to a negotiated settlement on terms acceptable to Kyiv, adds Brookings expert Steven Pifer. Ensuring that Russia’s aggression fails and that Ukraine achieves one of these outcomes should be primary goals for the West.

Vladimir Kara-Murza tried to warn of the danger of Russian revanchism, the BBC reports. In a speech in the US in March, the opposition activist lambasted Western leaders for seeking constant “resets” in relations with Mr Putin, allowing their countries to act as havens for tainted money and looking the other way even as Russia became ever less free. 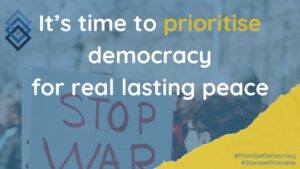 The Soviet victory in the “Great Patriotic War” is now the principal element in Russia’s memory politics, with corresponding ideology used to legitimize militarism and great power ambitions, adds Armen Grigoryan, co-founder and vice president of the Yerevan-based Centre for Policy Studies.

These recent developments are not just another step towards the country’s revival of Soviet propaganda narratives. They are also intertwined with the Russian aggression in Ukraine and some of the most tragic events of the ongoing war. These changes once again demonstrate what can happen when governments attempt to deny historical crimes through the use of ideology, he writes for New Eastern Europe:

It has also been noted that a gradual return to a Stalinist interpretation of history began, at least in education, right at the start of Putin’s rule. History textbooks published in Russia in the 1990s admitted that the USSR’s territorial gains in 1939-40 happened against the will of the peoples of the Baltic states and Eastern Poland (most of the authors avoided the term “annexation”, likely because it would imply similarities between Stalin and Hitler’s interests and methods). By 2003, however, any mention of the secret protocols was removed from new textbooks. Since 2007, the Molotov-Ribbentrop Pact has been explained in favorable terms, while Stalin has become revered as an “effective manager”. 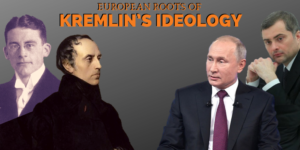 In explaining the war on Ukraine, ideology matters as much as interests, as it highlights political actors’ consideration of what is right or wrong, how they see themselves and also tells us who they associate with as well as their interpretation of the world. argues Richard Meissner, Associate Professor at the University of South Africa. Opposing ideologies were evident in the United Nations Security Council, he writes for The Conversation:

The pursuit of liberal peace stood opposed to the tacit support of despotism, Meissner suggests.

“Russia’s future, and that of the region, depends almost entirely on what happens in Ukraine. Will that future be authoritarian, or will it be democratic? This is the fight at hand.” By David J. Kramer @TheBushCenter https://t.co/Ly22V73oMR