Most, if not all, policymakers in the democratic West have learned that not sufficiently countering Russian revanchism taught Vladimir Putin that he could get away with more aggression, say the authors of a new Atlantic Council report.

Fourteen years since 2008, a period marked by Russia’s military build-up and a global authoritarian resurgence, democrats around the world recognize the stakes of today’s crisis are not about Ukraine alone, but about the future of freedom, they observe in a Global Strategy 2022 analysis, Thwarting Kremlin aggression today for constructive relations tomorrow.

Today’s Ukraine crisis is entirely fabricated, notes Damon Wilson, President and CEO of the National Endowment for Democracy (NED). Putin recognizes that if freedom and democracy succeed in Ukraine—or Georgia or Belarus—that if they follow the wildly successful path of the Baltic states, it is only a matter of time until the Russian people demand more for themselves. But it’s neither Ukraine nor NATO that threatens Russia, he writes: 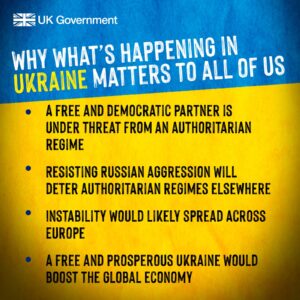 Rather, Putin fears people, including his own people. So, as he thrusts the world into his latest crisis, we must avoid contorted efforts to meet his demands, echoing the actions of democracies in the 1930s which led to disaster. Rather, democracies today must meet this moment with democratic unity and strength—with solidarity with Ukraine as a nation, and solidarity with the people of Russia who deserve so much better.

The report’s recommendations include: 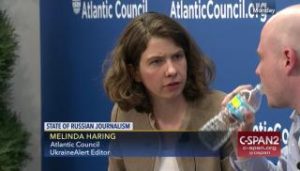 I remember when the cartoon in 2008 was about Putin’s invasion of Georgia being an obvious warning to Ukraine. But it went unpunished and here we are again. pic.twitter.com/wZSdIlaG99