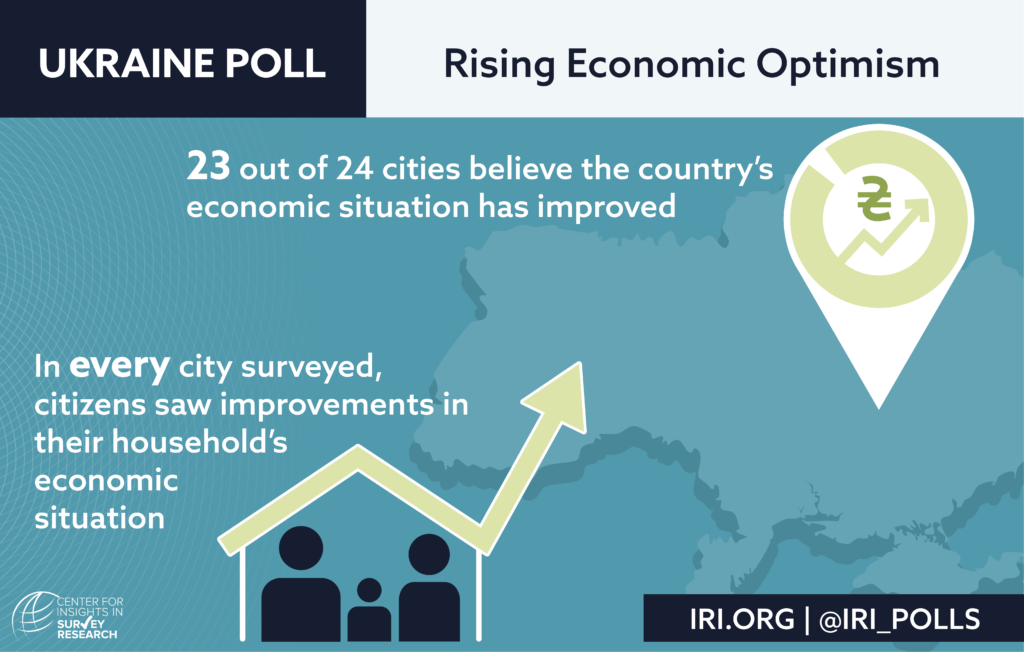 Ukraine’s citizens are showing more economic optimism, but remain concerned over corruption, according to a nationwide poll by the International Republican Institute’s (IRI) Center for Insights in Survey Research:

“As the fourth ‘megapoll’ in our series, this data demonstrates a clear trend of optimism in Ukraine’s cities, both on the economic front and within the cities themselves,” said IRI Regional Director Stephen Nix. “This demonstrates that commitment to reforms such as decentralization are having a positive impact on the country, and represent an important development in Ukraine’s democratic journey.”

The survey was funded by the National Endowment for Democracy.