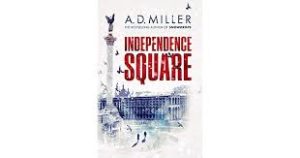 After five years of fighting, the “forgotten” or “frozen” conflict in eastern Ukraine saw a spike in violence this week in a negotiated disengagement zone, the Digital Forensic Research Lab notes. DFRLab has monitored developments there since the beginning of the Lab itself with the report Hiding in Plain Sight, in which it used open-source research from social media to prove that Russian troops were, in fact, in eastern Ukraine at the time.

Ukrainian independence was a scenario that no one envisaged – until it became a reality, notes Marcel Theroux. Over the subsequent decades, hopes for Ukraine’s transition to democracy have waxed and waned, he writes for The Guardian:

What never seems to have crossed anyone’s mind is that the pathogens of its post-Soviet political system – dead-eyed cynicism, bad faith, the distorting power of big and unaccountable fortunes –would start to infect Europe and beyond. ….The underlying argument of AD Miller’s  Independence Square is that the seemingly obscure struggles of Ukraine over the past 30 years are a portent of our own political destinies. RTWT

The story Miller tells in “Independence Square” is a double helix of espionage and regret that winds around the Orange Revolution that shook Ukraine in late 2004, The Post’s Ron Charles adds:

Having covered that crisis for the Economist, Miller knows its byzantine details, but he also acknowledges how opaque the country’s modern struggles remain for most readers. His novel begins with a helpful note that outlines the basic events of the revolution before spinning his story “in the resulting gaps” of that history. The result is a tense, private tale set against the Orange Revolution but evoking the whole complicated enterprise of spycraft and nation-building.

The EUvsDisinfo database contains almost 200 disinformation cases on the downing of MH17 and the investigation that has followed. This week, it added a few more to cover claims by pro-Kremlin outlets that the MH17 trial will be a show process, that the Netherlands will sabotage the trial, and that Ukraine’s security services likely had to do something with the crash.