China’s President Xi Jinping has issued a rallying call for Communist Party cadres in charge of propaganda and ideology to close ranks around the “party core” as Beijing faces an escalating trade war with the United States and clearer pushback at home, the South China Morning Post reports:

The conference was chaired by Wang Huning, the ruling Communist Party’s ideology chief and a member of the supreme Politburo Standing Committee. Addressing propaganda officials and state media executives, Xi said the mission for the party’s propaganda and ideology work under “new era” was to “unify minds and gather strengths”, according to state broadcaster CCTV.

Reports that Google has been testing a censored version of its search engine for the Chinese market have dismayed advocates of free speech and human rights who had long found Google to be an ally in their efforts, The New York Times reports.

“I wrote a book where I warned that China is Exhibit A for how authoritarian governments adapt to the internet and then begin to change the internet,” said Rebecca MacKinnon, an internet freedom advocate at New America, a think tank. “And if companies like Google are now throwing in the towel and saying, ‘Well, that’s where the internet is going’ and ‘If you can’t beat ’em, join ’em’ — well, that’s deeply troubling.”

Given the Chinese Communist Party’s efforts to reshape the world, it is important to understand what liberal democracy can offer ordinary Chinese citizens, notes analyst E. John Gregory. 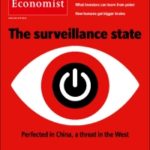 When Tsinghua University Professor Xu Zhangrun courageously published his essay two weeks ago criticizing the Communist Party and Chinese government on a number of accounts, his grievance was not the lack of abstract freedom. Instead, he pointed out that the Chinese people’s “first worry” in the current era is their fear that their hard-won property is not secure under the law, he writes for The Diplomat:

The only remedy for this is a true rule of law, where the government is an equal party before the law.  Unfortunately, the CCP correctly understands that making law supreme over the Party’s will would be signing its own death warrant. Despite high-profile political campaigns claiming to establish so-called “Socialist Rule of Law with Chinese Characteristics,” as one top Chinese legal scholar told me, this whole campaign is actually about destroying rule of law. Indeed, the Party’s “rule of law” campaign is merely seeking a deeper and more formal subordination of the law to the Party. As my colleagues and I have argued elsewhere, the law in China is essentially just an expression of the Party’s will and has no independent capacity to provide justice.

The Vaclav Havel Library Foundation will be hosting a panel discussion entitled The Power of the Powerless in China during the Rehearsal for Truth theater festival taking place during the week of 25 – 29 September 2018. The panel will comprise the winner of the 2018 Disturbing the Peace, Award for a Courageous Writer at Risk, Liao Yiwu, fellow nominee, Liu Xia (left) and Professor Andrew Nathan, Professor of Political Science at Columbia University and a leading China specialist and human rights advocate. The discussion will be moderated by Carl Gershman, the President of the National Endowment for Democracy. 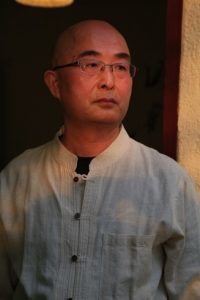 The winner of the 2018 Disturbing the Peace, Award for a Courageous Writer at Risk is Chinese author, reporter, musician and poet – Liao Yiwu (right – aka Lao Wei). As a vocal critic of China’s Communist regime, he spent four years in prison after publicly reciting his poem “Massacre” in memory of the victims of the Tiananmen Square military on June 4, 1989. He currently lives in Germany, under asylum but will be attending the award ceremony at The Bohemian National Hall in New York on September 27, 2018. RTWT