Has Venezuela’s social and cultural pluralism resisted Chavismo’s efforts at cooptation to provide an alternative to an authoritarian regime or does the country face only dim scenarios?

Think tanks and diplomats in Washington continue to ask how the regime might be pushed toward democracy, but the real question facing Venezuela right now is far bleaker: Will the confederation of criminals that Maduro leads remain cohesive enough to avoid internecine conflict, or does Venezuela’s future [entail] armed gangs waging turf wars that plunge the country into anarchic violence? Moisés Naím and Francisco Toro ask.

The hollowing of the Venezuelan state and its replacement with a Mafia-style structure stokes chronic instability that could lead to pervasive violence, they write for Foreign Affairs: 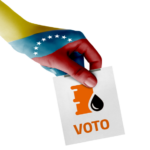 Nicolás Maduro’s current iteration of Chavismo is largely stable and resistant to change. Nevertheless, we can see certain still-existing resources and opportunities that could facilitate democratic openings, Tulane University’s David Smilde argues in a new report for the Wilson Center, From Populist to Socialist to Authoritarian Chavismo: Obstacles and Opportunities for Democratic Change.  Venezuelan society still has significant social and cultural pluralism, which includes a deeply ingrained democratic culture that has resisted Chavismo’s efforts at cooptation [and] that provides an alternative to an authoritarian regime.

The Maduro government has constructed a network of international alliances that
has allowed it to survive international pressure, Smilde adds:

Chavismo’s character as a Third Worldist project seeking to promote a multi-polar world has allowed it to forge links with major extra-hemispheric powers such as Russia, China, and Turkey, as well as the Non-Aligned Movement (of which Nicolás Maduro was chair from 2016-19). These alliances have allowed it to maintain and develop its military, skirt sanctions, and gain support in international forums such as the United Nations and the Organization of American States. The strength of these alliances is often overestimated and experts suggest that if their interests are taken into account, they would not prevent democratic change in Venezuela.

Ultimately, democracies worldwide—but especially in Latin America—have an interest in keeping Venezuela whole, peaceful, and at least stable enough not to export its troubles, former NED board member Naím and Toro suggest:

Washington must, first, accept the weakness of the opposition, which is not, at this stage, able to mount a realistic challenge to the regime’s grip on power. Instead, the United States should insist on the release of political prisoners and the reestablishment of basic freedoms of the press and association, offering relief from individual sanctions in return. To increase its leverage in this strategy, Washington must do a much better job of mobilizing democracies such as Italy and Spain to enforce sanctions against regime figures. RTWT