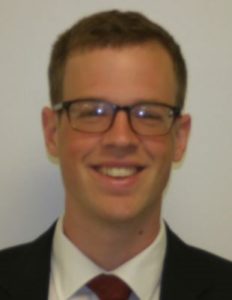 Since its birth in the French Revolution, the modern nation has been defined by two opposing ideas. Civic nationalism, often referred to as patriotism, envisions the nation as a contingent, political construct, an abstract community of citizens. Ethnic nationalism, by contrast, posits the existence of an antediluvian “people,” antecedent to the state, whose features lend the nation its distinctive characteristics, the National Endowment for Democracy‘s Jake Palmer (right) writes.

This ethnic nationalism is unwieldy in foreign policy as an ideology: to the extent that it helps mobilize domestic support, it tends to alienate potential partners. Its reluctance to compromise and heavy-handed insistence on the priority of one people at the expense of others wins few allies. Russia under Vladimir Putin, however, has adeptly embraced traditional nationalism, with a few upgrades for 21st century geopolitics.

Four years after Russia’s invasion of Georgia and a few months before the annexation of Crimea, Putin elaborated a vision of geopolitics that renders Russian nationalism palatable to a global audience. He aims to position Russia as the protector of traditional values, which have “made up the spiritual and moral foundation of civilization in every nation for thousands of years,” according to his 2013 address to the Russian Federal Assembly. Using the term “civilization” instead of “people” or “ethnicity,” allows Putin’s words to appeal to a broader audience than domestic chauvinists. All who ascribe to the “spiritual and moral foundations of civilization” are invited to join Russia’s cause.

On the surface, Russia’s actions in Crimea and Ukraine fit neatly with the expansionist tendencies of historic ethnic nationalism. Putin justified the invasion of Crimea, for example, by pointing to the “isolated” ethnic Russians threatened by a westernizing Ukraine. Invoking the the estranged minority, separated from the motherland and oppressed by their host state, has been a nationalist calling card at least since the Third Reich used the plight of the Sudetenland’s German minorities to excuse the occupation of Czechoslovakia.

Yet, though it bears the stamp of 20th century ethnic nationalism, Putin’s discourse reflects his preoccupation with geostrategy and his recognition of the importance of global branding. Traditionally, ethnic nationalism mobilizes a limited constituency since, by definition, it appeals to a particular group of people. To broaden the scope of his appeal, Putin goes beyond ethnicity by suggesting that the threat to the vulnerable Russian diaspora comes not from a rival antagonistic ethnicity, but from the ubiquitous spread of liberal western values. Culture serves as a surrogate for ethnicity; thus, the perceived westernization of Ukraine and Georgia were painted as an existential menace to the Russian nation.

The Russian preoccupation with a clash of cultures intersects with the way in which populist politicians weaponize culture to bolster their political base. Rogers Brubaker has called this discursive tactic “civilizationism.” Diagnosing the ideological thread that knits together populist parties across Northern and Western Europe, Brubaker defines civilizationism as a discourse that highlights the threat posed to Christian, European civilization by Muslim immigrants, whose belief system Marine Le Pen labelled “Islamofascism.” Referencing civilizationism allows populists to deflect from traditional political issues–such as government spending or trade–and invigorate their base.

The civilizationism promulgated in Russia relies on neither western Christianity nor “European” values, but it preserves the conservative, populist, and authoritarian shading of its European counterparts. Whereas Le Pen and Dutch populist Geert Wilders portray Islam as an existential threat, Russia highlights the decadence of the democratic “West” (especially the US).  As invoked by Putin’s 2013 address, the term civilization itself conveys a sense of anachronistic allegiance to a pre-political state-of-being, an authentic worldview undisturbed by the ravages of “western” liberalism.

Despite its primordial inflection, the civilizationist platform allows Putin to be internationalist and conservative at the same time, a pragmatic flexibility not granted by traditional ‘blood and soil’ nationalist ideologies. There are two driving forces behind Putin’s civilizationist turn: the strategic benefits of promoting cultural conservatism and the increasing unsuitability of ethnic nationalism on the global, geopolitical stage.

The economic and political repercussions of globalization, or the sidelining of nation state capacities, which have engendered a tactical disregard for state sovereignty, propels Russia’s efforts. Civilizationism taps into the same vein as 20th century nationalism—tradition, values, individuals’ sense of identity—but it departs from nationalism’s strict territorial dimensions. The mobility of Russian civilizationism—its boundaries have variously extended from Crimea to Montenegro—allows for a degree of ideological flexibility necessary for a regime intent on defying “western” influence without chaining itself to a particular ideology. By articulating its struggle as a conflict of peoples, rather than merely Russian nationals, the state is able to justify any number of foreign interventions.

“Civilization” is also a term flexible enough to allow Putin to position himself as the head of a global conservative brand, deriving benefit when Western conservatives and populists use inflammatory rhetoric to undermine the institutions of liberal democracy. Civilizationism has become a discursive accoutrement of sharp power, legitimizing attempts to interfere in, disrupt, and degrade other polities.

Russia’s civilizationist approach is neither a return to the aspirations of its medieval Empire nor a reiteration of the logic of the Soviet Empire. Instead, it puts the Russian state in a position to subvert democracy; justifying illiberal actions at home and abroad by claiming to defend an alternative, equally legitimate worldview. Putin is happy with the status quo. His foreign policy initiatives–from the financing of reactionary populist parties abroad to his promulgation of “frozen conflicts” in Georgia, Moldova, and Ukraine–underscore his effort to stymie the expansion of liberal democracy.

The collapse of the Soviet Union, which Putin tellingly dubbed “the greatest geopolitical disaster of the 20th century,” meant that Russia’s corrupt state could no longer be legitimized by communist ideology. It also meant that some 25 million ethnic Russians became, overnight, minorities in newly nationalizing states. Determined to use this territorial ambiguity to his advantage, Putin turned to a civilizational narrative to legitimize the Kremlin’s authoritarian policies. In doing so, he has clad the tired, clunky nationalism of the 20th century in 21st century garb, arming an ideological phenomenon as old as the nation-state itself with the political dexterity to navigate the (post) modern age.

Jake Palmer is Special Assistant to the Deputy to the President for Strategy and Policy at the National Endowment for Democracy, the Washington-based democracy assistance group.