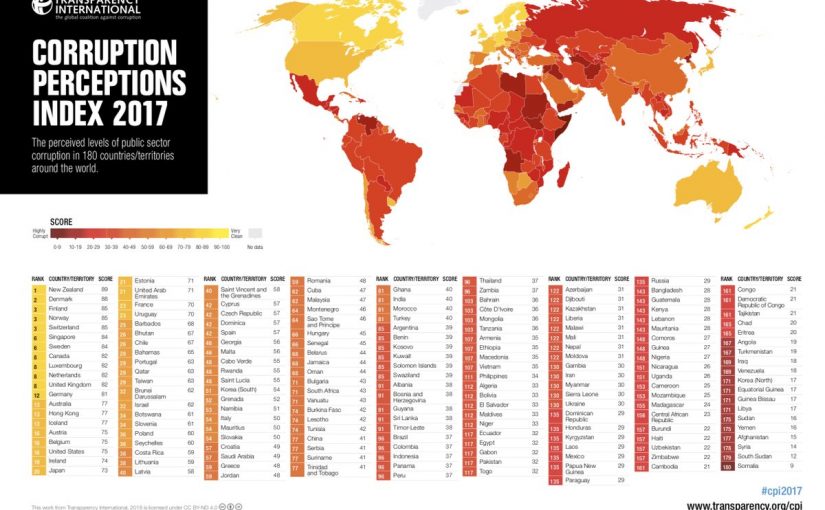 In 2013, a whistleblower informed Denmark’s largest bank that members of Russian President Vladimir Putin’s family, and a group of accused money launderers, were using the bank’s branch in Estonia to launder billions of dollars, a Danish newspaper revealed Tuesday:

Members of Russia’s secretive security agency, the FSB, were also allegedly using the Danske Bank’s Estonia branch for money laundering, according to the report. The agency has close ties to Putin, who ran the security forces before seizing political power in the late 1990s. The money laundering operation allegedly involved a company called Lantana Trade LLP, which was registered in the United Kingdom and claimed to have limited financial turnover. Nevertheless, millions of dollars were funneled through the company each day using its Danske Bank account in Estonia, the whistleblower’s report alleges.

The whistleblower’s report was leaked to the Danish newspaper Berlingske, which later shared the document with The Guardian and the Organized Crime and Corruption Reporting Project (OCCRP), a consortium of investigative journalists supported by the National Endowment for Democracy.

Russia has continued its slide in Transparency International’s index of corruption (above), ranking among the bottom 50 countries, The Moscow Times adds.

But former leaders of Western democracies like former German Chancellor Gerhard Schröder are facilitating Russia’s kleptocracy, according to Thorsten Benner, the co-founder and director of the Global Public Policy Institute in Berlin. Documents obtained by the German newspaper Der Tagesspiegel last December showed how Schröder recently brokered a meeting between Gazprom chairman Alexei Miller and Germany’s economics minister, he writes for The Atlantic:

Schröder’s role with Rosneft has arguably helped legitimize what amounts to the crown jewel of authoritarian state capitalism, and a key vehicle for Putin’s exercise of power. For Putin, Schröder must be a handy mascot. Having him in the Kremlin’s service could send a signal to European democracies: Your leaders are no more virtuous than the titans of kleptocracy in Russia that you despise. Putin thrives on such moral equivalence. When former leaders like Schröder and Blair promote the beneficiaries of authoritarianism and kleptocracy, they do real damage to liberal democracy.