“[M]most of the modern Russian elite keep only a few clothes and passports here. They are ready to take off. They fear that the West will keep them locked out —  the West’s Iron Curtain would be the most effective tool against Putin’s kleptocracy.”

Putin’s regime is characterized by a combination of secret police and organized crime, which the late scholar Karen Dawisha named “kleptocracy.” This kleptocracy can be seen as a system of key circles, Atlantic Council analyst Anders Aslund writes:

There is a six-step sequence common to foreign and domestic kleptocrats, The Washington Post’s Jennifer Rubin reports (above).

Recent events suggest that it’s time for the United States “to awaken from its collective slumber about the creeping dangers of kleptocracy,” analyst Franklin Foer writes for The Atlantic.

An important part of this story is Ukraine, he notes, adding that the country hemorrhaged more than $118 billion in illicit financial flows, according to the Kleptocracy Initiative, a think tank that has published invaluable reports about the scourge of corruption. (To set that number in relief, the country’s entire gross domestic product in 2013 was $181 billion.)

Kleptoratic practices are a key element of Russia’s disinformation “toolkit” that is being imitated and implemented by other foreign actors like China, Qatar and the United Arab Emirates to sow discord and gain political advantage, according to two policy experts who study those practices, CBS reports:

Laura Rosenberger and Jamie Fly, two former high-level foreign policy aides from opposite sides of the political spectrum who partner at the Alliance for Securing Democracy, a national security advocacy group housed by the German Marshall Fund, say that Russia has not only broadened the range of its interference techniques to include financial tools since 2016, but that those techniques are seeing broader application by other authoritarian regimes.

“I worry that there is a tipping point on this at some point where information manipulation and control combined with hacking, combined with corruption and kleptocracy, can lead to a world where authoritarian powers have the upper hand,” said Rosenberger. “I don’t think that is in any way inevitable.”

The Kremlin has taken over the Russian economy. Independent media outlets were swallowed first and all kinds of businesses followed the same path. By now very few companies would claim they are completely independent of the state, notes Maxim Trudolyubov, the author of ‘The Tragedy of Property: Private Life, Ownership and the Russian State’ (Polity). 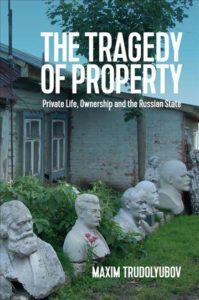 The state treats businesses as if they were its coin purse,’ almost half of the businesses polled responded in a 2016 survey. Most of these businesses are state or quasi state-owned by now. It may have been that the impetus for Putin’s redrawing of the Russian economy was a very basic view of the economy as a household or a Robin Hood-style friendly gang, he writes for Chatham House, the London-based foreign policy think tank:

There is a long tradition of seeing these relationships as corrupt. But corruption arises when actors are independent: a business wants a building contract and must bribe an official to get it. This kind of corruption is passé in Russia. …The recent story of Oleg Deripaska and Viktor Vekselberg, two Russian oligarchs who have done the Kremlin’s bidding and were recently put on the US sanctions list, is illustrative of how relationships between big business and the Kremlin have solidified due to external pressure. The Kremlin has supported the two men, one politically, the other by bailing him out. The institutions of the West have now accomplished the job Putin had been working on for years.

While no silver bullet exists, several measures are likely to be highly effective in combatting Putin’s kleptocracy, Aslund suggests: