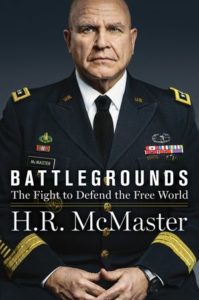 The world’s “free and open societies” should collaborate to stop their capital and technology from aiding China’s human rights violations and military build-up, and instead redirect such assets to initiatives designed to countering Beijing’s global ambitions, former national security adviser H.R. McMaster writes in the May 2020 edition of The Atlantic. He cautions that “the integrated nature of the Chinese Communist Party’s military and economic strategies is what makes it particularly dangerous to the United States and other free and open societies.”

His article, “How China Sees the World,” is drawing comparisons to George Kennan’s 1947 classic prescription on Communist expansionism in Foreign Affairs, “The Sources of Soviet Conduct,”  which shaped the Cold War strategy of containment.

China’s “Military-Civil Fusion policy is the most totalitarian” of the three prongs of co-option, coercion, and concealment that comprise Beijing’s strategy, McMaster adds. In order to  “compete aggressively” with China, he recommends several counter-measures, including penalizing firms that facilitate the CCP’s domestic repression; nurturing a communications infrastructure to defend sensitive data; more robust security measures to counter Beijing’s agents of influence; and strengthening links to the Chinese diaspora.

But a new Cold War with China would be a mistake, argues Richard Haass, president of the Council on Foreign Relations.

China can best be understood as a regional power that seeks to reduce U.S. influence in its backyard and to increase its influence with its neighbors, he writes for the Wall Street Journal. Beijing isn’t seeking to overturn the current world order but to increase its influence within it. Unlike the Soviet Union, China isn’t looking to impose its model on others around the globe or to control international politics in every corner of the world. ….China is not the Soviet Union, and a world defined by globalization demands new strategic thinking.

Like Kennan, McMaster highlights the West’s strategic assets, insisting that freedom of expression, independent media, the rule of law, diversity and tolerance provide a competitive advantage in this new geopolitical competition. “The free exchange of information and ideas,” he writes, “is an extraordinary competitive advantage, a great engine of innovation and prosperity.”

In his 1947 “X” article, Kennan welcomed the challenge posed by Soviet communism which, he wrote, made Americans’ security “dependent on their pulling themselves together and accepting the responsibilities of moral and political leadership that history plainly intended them to bear,” notes Francis P. Sempa, the author of “Geopolitics: From the Cold War to the 21st Century” and “America’s Global Role.”

But McMaster’s timid policy recommendations will not lead to the gradual break-up or mellowing of Chinese Communist power, he writes for the Diplomat. A policy of firm and vigilant containment based on an understanding of Chinese history and Indo-Pacific geography would be more effective and more consistent with the traditions of U.S. foreign policy that recognize the need to prevent a hostile power from controlling the key power centers of the Eurasian landmass. 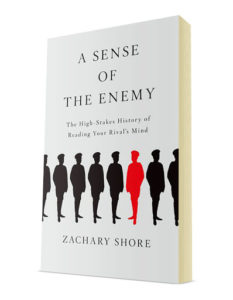 To understand China’s ambitions, McMaster contends, requires discarding what International Relations theorist Hans Morgenthau called “strategic narcissism” – a tendency “to view the world only in relation to the United States” – in favor of what historian Zachary Shore calls “strategic empathy,” a conscious effort “to understand how the world looks to others, and how those perceptions, as well as emotions and aspirations, influence their policies and actions.”

In the case of China, strategic empathy entails adopting the world-view of a Communist Party apparatchik to understand the CCP’s two overriding ambitions: to avenge the “century of humiliation” under imperial subjugation by returning China to its elevated “Middle Kingdom” status; and maintaining the Communist Party’s political monopoly required to forestall a relapse into a bloody cycle of political fragmentation and domestic turmoil.

Strategic empathy helps identify “the fears as well as the ambitions that drive the Chinese Communist Party’s efforts to extend China’s influence along its frontiers and beyond, and to regain the honor lost during the century of humiliation,” McMaster writes. “The fears and ambitions are inseparable. They explain why the Chinese Communist Party is obsessed with control—both internally and externally.”

US deputy national security adviser Matt Pottinger delivered a searing message to China last week in a video later posted on YouTube. Speaking in pitch-perfect Mandarin, he praised Chinese historical figures who supported democratic ideals and helped in the 1940s to write the Universal Declaration of Human Rights, which remains a bedrock for liberal values today, the FT reports.

“The cliché that Chinese people cannot be trusted with democracy was . . . the most unpatriotic idea of all,” he said, lauding those Chinese who keep the flame of liberty alive, including 20 Catholic priests who “refused to subordinate God to the party and the millions of Hong Kong citizens who peacefully demonstrated for the rule of law last year”.

The two countries now stand on the brink of what Jean-Pierre Cabestan, a political science professor at the Hong Kong Baptist University, calls a “new type of cold war” — a phrase that several analysts are beginning to use, the FT adds:

Mr Cabestan – author of the book, China Tomorrow: Democracy or Dictatorship? – says that even if the relationship comes to resemble elements of the cold war, it will be a much less drastic division than during the days of the Soviet Union. He says pressure from American companies — particularly in industries such as semiconductors that depend on Chinese demand — will not allow anything close to a complete “decoupling” of supply chains…..While this new era of geopolitical rivalry may differ in important respects from the US-Soviet Union tensions between 1947 and 1991, irreconcilable differences in political values and strategic ambitions are eviscerating trust.

“Strategic competition will remain the dominant paradigm. The question is whether it tilts toward permanent and all-out hostility,” says Mikko Huotari, executive director at Merics, a Berlin-based think-tank on China.

China’s return towards communist orthodoxies since Xi Jinping became president in 2013 has had a crucial impact, says Chen Zhiwu, a finance professor at the University of Hong Kong.

“The root cause [in deteriorating relations] is the fundamental difference in ideology between the US and China,” he argues. “Between 1978 and 2012, the Communist party put aside its communist roots and focused on developing economic strength. Once China succeeded economically, the CCP went back to refocus on its original intentions [of building socialism].”

From the forthcoming book Battlegrounds: The Fight to Defend the Free World by H. R. McMaster. The article appears in the May 2020 print edition with the headline “What China Wants.”