Recent events, from Sudan and Algeria to Hong Kong, are the latest indication that political protests have increased in both frequency and size, according to research by Carnegie’s Thomas Carothers and Richard Youngs.

The recent wave of protests has seen demonstrators raise broad demands, such as ending economic inequality, while others, as in Hong Kong, have specific objectives, namely, to halt the passage of an extradition law. Still others start with specific claims but quickly evolve into more wide-ranging demands, notes analyst Moisés Naím. But the big question is whether protests work. This is not so clear, he writes in What has a bigger impact, elections or street protests?, an article for El País: 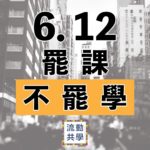 Most protests achieve minor concessions or fail completely. But some have caused substantial political changes. What characterizes those that succeed? Clearly, the combination of new communication technologies with old methods of political organization is indispensable. Social networks, by themselves, are not enough. To be successful, protests must involve a large part of society and not only through the internet. In some cases, international pressure and the involvement of the armed forces have been decisive.

“But, as always, the most important thing is leadership. Success requires leaders who take charge,” Naím observes. “The illusion of a political movement based on collective decisions and without clearly identifiable leaders usually ends up being just that: an illusion.”