Yesterday marked the fourteenth anniversary of Mahmoud Abbas’s election to the presidency of the Palestinian Authority (PA) for a four-year term. Not only have no subsequent elections for the presidency been held, but no elections for the Palestine Legislative Council, the PA’s parliament, have taken place since 2006. Abbas has now taken the additional step of formally dissolving that already-defunct body, notes Council on Foreign Relations analyst Elliott Abrams. 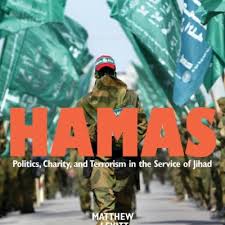 [W]hat Abbas has done since the last election, in 2006, is to gut the development of Palestinian democratic institutions. There are excuses, of course: Hamas is too dangerous and might win as it did in 2006, Israel is to blame, and so on. But in fact Abbas is snuffing out all opposition to his rule and forbidding all dissent, adds Abrams, a board member of the National Endowment for Democracy:

[T]he 2005 election and the parliamentary election the following year marked the high-water mark of democracy in the West Bank. As Abbas marks his anniversary in power, those who had hoped for positive political evolution in the Palestinian territories can only mourn the way he has governed, especially in the last decade. He has outlawed politics in the West Bank. Under the guise of fighting Hamas, he has forbidden any criticism of the corrupt rule [of his] Fatah party and prevented any debate on the Palestinian future. Just as Arafat soon eliminated all independent institutions when he returned to the Palestinian territories in 1994, Abbas has crushed the hopes that arose—after Arafat’s death in 2004 and his own election in 2005—for a democratic future for Palestinians.