The latest wave of arrests of human rights activists in an unprecedented crackdown on civil society and political dissent overseen by Egyptian President Abdel-Fattah al-Sissi may be a pre-emptive move in anticipation of forthcoming shifts in U.S. policy, observers suggest.

The inhuman treatment meted out in prison against Gasser Abdel-Razek, Executive Director of the Egyptian Initiative for Personal Rights (EIPR) after meeting with European diplomats is “outrageous” and demonstrates the Egyptian authorities’ “determination to escalate this crackdown against human rights defenders,” said Amnesty International.

President-elect Joe Biden’s pick to be U.S. Secretary of State, Antony Blinken, tweeted (below): “Meeting with foreign diplomats is not a crime. Nor is peacefully advocating for human rights.”

Meanwhile, Italian prosecutors investigating the 2016 death of an Italian student killed in Egypt are set to request authorization for a trial-in-absentia of several Egyptian security officials, according to Italian press reports, VOA reports: 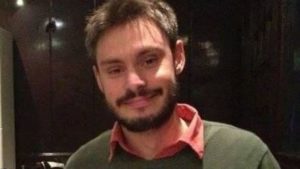 Italy has no extradition treaty with Cairo. According to Italian officials, Egyptian authorities have often stonewalled the two-year long probe by investigative magistrates in Rome into the death of 28-year-old Giulio Regeni (right). The student’s badly disfigured and tortured body was discovered in February 2016 dumped alongside the Cairo-Alexandria highway nine days after he disappeared.

Based on a request from European officials in Cairo, the EIPR, one of the last standing human rights organizations and a important site for knowledge production and victim support in Egypt, held a meeting earlier in November to discuss “human rights issues as well as ways of supporting the enhancement of human rights in Egypt and globally.” The meeting, which was publicized by EIPR, included 9 European ambassadors to Egypt, including Germany, the Netherlands, Belgium, and the UK’s deputy ambassador and diplomatic representatives from Canada, Sweden, and Norway, Alaa Bilal writes for Open Democracy: 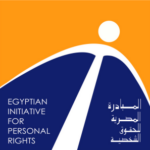 In what has become a typical, albeit still harrowing, response, the Egyptian regime reacted swiftly and aggressively, despite the foreign diplomatic presence. It arrested EIPR’s Executive Director, Gasser Abdel Razek, the Director of Criminal Justice Unit, Karim Ennarah, and EIPR’s Administrative Manager, Mohammed Basheer. During interrogations that took place on Monday, 23 November, Abdel Razek told his lawyers that he has been kept in a solitary cell, all his belongings and money were confiscated, his head was shaved, and he is sleeping on a metal bed without a mattress or winter clothes. He has not left his solitary cell for three days. They now join their colleague, Patrick George Zaki, arrested earlier this year. He continues to be detained without trial and after being subjected to torture, including electric shocks.

“[Abdel-Razak’s] situation inside the prison is giving us the strong indication that Egyptian authorities want to destroy his will, putting him in a situation which could put him in a very serious medical situation,” one of his lawyers, Negad el-Borai, told NPR.

Amr Magdi, the Egypt researcher at Human Rights Watch, called Abdel-Razak’s arrest a “full-fledged attack” against “not only the EIPR but the human rights community in Egypt.” Amnesty’s Hussein Baoumi said the targeting of EIPR was a “test” for President-elect Joe Biden, who has promised to “revitalize” America’s “national commitment to advancing human rights and democracy around the world,” Frederick Deknatel writes for World Politics Review, adding that observers expect a focus on realigning U.S. priorities in the Middle East.

The targeting of the EIPR this week underscored the extent to which the government of President Abdel Fatah al-Sissi is willing to go to silence its critics. The arrests, though, left observers wondering about the government’s motivations, The Washington Post reports:

“It’s difficult to understand the logic or direction of events. First the Sissi government releases five relatives of an Egyptian American activist they had been holding for months as well as several hundred other prisoners, and then they go after one of the most prominent human rights organizations in the country,” said Michele Dunne, director of the Middle East Program at the Carnegie Endowment for International Peace.

“Perhaps Sissi wanted to quash any hope for better conditions on the part of Egyptian civil society, and perhaps he wanted to send a signal to the incoming Biden administration that pressure on human rights issues would meet with stiff resistance,” added Dunne, a board member of the National Endowment for Democracy (NED). RTWT

The Egyptian regime has perfected hiding behind the issues of fighting terrorism and illegal immigration through a foreign and economic policy that implicates its allies, Bilal adds:

In his latest and sharp analysis for the Carnegie Endowment for International Peace, Maged Mandour describes how (1) an unprecedented explosion of foreign loans, short-term bonds, (2) massive arm deals with western and European powers that made the country one of the top arms importers in the world, and (3) implicating big investments from these countries in ‘direct investments’, especially in Egypt’s oil and gas sectors, embody this strategy.

“Even though the regime markets itself internationally as a bulwark against terrorism and illegal migration flows,” Mandour notes, this strategy also “guarantees that any emerging demands for democratization would clash with international interests, essentially ensuring the survival of the regime far longer than it would have without such lavish support.”

Share concern re. #Egypt‘s arrests of three employees of the Egyptian Initiative for Personal Rights. Meeting with foreign diplomats is not a crime. Nor is peacefully advocating for human rights. https://t.co/hR5JtLcAYI

“In what has become a typical, albeit still harrowing, response, the Egyptian regime reacted swiftly and aggressively,…” https://t.co/3wbuPaX4v5