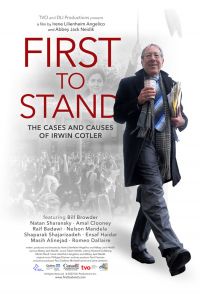 The documentary film FIRST TO STAND, follows Irwin Cotler, Founder and International Chair of the Raoul Wallenberg Centre for Human Rights, and his team of activists as they take on the cases and causes of human rights activists battling some of the world’s most repressive regimes.