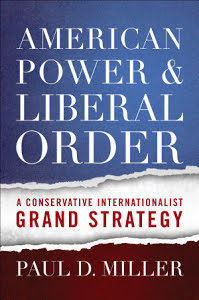 Democracy promotion can again become an important component of U.S. foreign policy if we re-consider the prospects for liberalism in the non-Western world, according to a prominent analyst.

Non-Western liberalism exists: it is demonstrably possible to have a democracy in a place that did not experience Western history or produce Enlightenment philosophers, argues Paul D. Miller, a Senior Fellow at the Atlantic Council’s Scowcroft Center for Strategy and Security, and author of American Power and Liberal Order:

Japan, India, and South Korea are the most obvious examples of thriving, prosperous, and stable democracies and have been for decades. Botswana, the Philippines, and Turkey are further examples of democracy at varying levels of stability and prosperity. They are a small sample of 64 non-Western states that Freedom House ranks “free” (24 states) or “partly free” (40) in 2017.4 Europe and America got there first, but plenty of others followed. Liberal institutions are separable from Western history, Western heritage, and Western political philosophy.

For the last 70 years, the United States has championed democracy as a central American value and included it as a centerpiece of U.S. foreign policy. This was not an accident; in addition to normative judgments about the inherent value of democratic institutions, there are key strategic reasons why the United States should actively promote democratic values around the world, argues Carrie Lee, an assistant professor at the U.S. Air War College and a Security Fellow with Truman National Security Project. Yet, there are caveats, she contends:

Can the US promote democratic values without military intervention and crusades, and at the same time take a non-hegemonic lead in establishing and maintaining the institutions needed for a world of interdependence? asks Joseph S. Nye, who recently joined 43 other scholars of international relations in paying for a newspaper advertisement arguing that the US should preserve the current international order.

Even the “progressive Left” should be in favor of advancing democracy, despite its hostility to neoliberalism, analyst Van Jackson writes for POLITICO:

Yet neoliberal foreign policy—especially as understood in the field of international relations—reflects a commitment to democracy promotion, human rights, economic interdependence, multilateralism over unilateralism, the primacy of upholding international commitments and the legitimacy of international institutions like the United Nations. In other words, a neoliberal foreign policy looks strikingly similar to what the left repeatedly advocates.  are of the political left.

Those who oppose the American promotion of democracy abroad generally have non-Western nations in mind, but let’s not have too much faith in the West, adds Robert Kagan, a senior fellow at the Brookings Institution in Washington, D.C., and author of the new book, “The Jungle Grows Back: America and Our Imperiled World.” Few of Europe’s democracies date back before World War II. It was in the West that fascism and communism arose, and it is in the West that democracy is at risk once again, he writes for The Wall Street Journal:

Nothing is determined, not the triumph of liberalism or its defeat. As we have seen these past 70 years, tremendous human progress and human betterment are possible even in a dangerous world. To know that the jungle will always be there is not to despair of keeping it at bay, as we have done more or less successfully for decades. But make no mistake: The liberal order is as precarious as it is precious. It needs constant tending lest the jungle grow back and engulf us all.

So should the West devote its power to expanding the liberal international order? As a survey of non-Western democratization shows, few non-Western states transition to democracy following Western coercion. It appears that a light touch and a favorable international environment are more important, argues Miller, who served on the National Security Council staff under Presidents George W. Bush and Barack Obama as Director for Afghanistan and Pakistan: