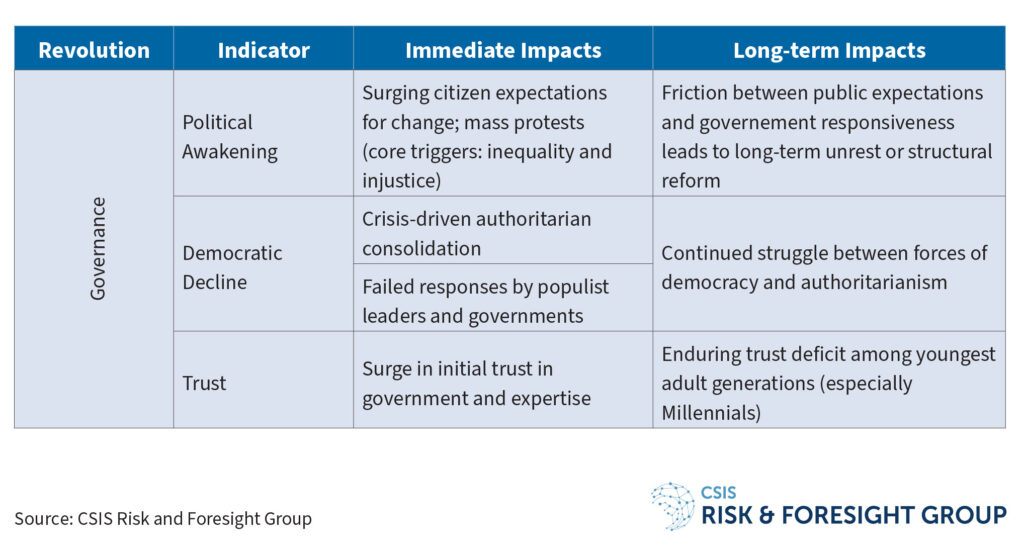 Soon after Covid-19 was declared a pandemic by the World Health Organization, in perhaps the greatest intellectual explosion of futures thinking in human history, governments, businesses, institutions, and individuals asked what this shift would mean for them, writes Samuel Brannen, Senior Fellow in the International Security Program and Director of Risk and Foresight Group at the Center for Strategic and International Studies (CSIS).

With 2020 marking the fourteenth consecutive year of declining democracy worldwide according to Freedom House, the pandemic risks further authoritarian gains. Yet it could also prove a restorative moment for democracy, most notably by exposing the ineffectiveness of political populism, Brannen asserts:

The United States, United Kingdom, Brazil, India, and Mexico—all with populists leading their governments—have suffered more cases and deaths than peer democracies such as Germany and South Korea. These failed populist responses to the pandemic could discredit their political style in the future; for example, polling for populist leaders in the United States, Brazil, and United Kingdom has trended sharply down in recent months. Meanwhile, support for democratic government has actually increased among established Western European democracies as societies coalesce to fight the pandemic together.

Research on past pandemics indicates that Covid-19 will permanently decrease the confidence of younger generations in political institutions and leaders and their governments’ health care policies, Brannen adds. Emerging from the pandemic, governments may suffer not only from fiscal deficits but from deficits of trust. This will carry potentially significant ramifications, as trust is core to democratic governance and societal resilience in times of crisis. RTWT