Is democracy in trouble? Nearly 30 years after Francis Fukuyama declared the end of history and the triumph of liberal democracy, this question is no longer outlandish. But current pessimism should be put in context, the Economist reports: 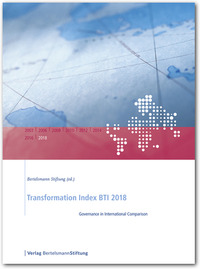 It is a recent reversal after remarkable progress in the second half of the 20th century. In 1941 there were only a dozen democracies; by 2000 only eight countries had never held an election. A broad poll of 38 countries shows that typically four out of five people prefer to live in a democracy.

On the downside, a recent study by the German foundation Bertelsmann Stiftung found that 3.3 billion people live under autocratic regimes, while the UK-based Economist Intelligence Unit found that just 4.5 percent of the global population, around 350 million people, live in a “full democracy,” Der Spiegel notes:

In its most recent annual report, issued in January of this year, the nongovernmental organization Freedom House [above] wrote that in 2017, “democracy faced its most serious crisis in decades.” ….American political scientist Larry Diamond refers to the finding that the number of functioning democracies is shrinking again as the “Democratic Recession.” But why? “The most important and pervasive answer is, in brief, bad governance,” he wrote in a January 2015 essay in the [National Endowment for Democracy’s] Journal of Democracy.

These similarities hold some lessons, the Economist adds: