Democracy presupposes relationships of political equality in which citizens equally share authority, but in today’s divided public square, democratic institutions are challenged by disagreement about how such institutions should be organized, and by antidemocratic politicians who exploit uncertainty, James Lindley Wilson argues in Democratic Equality.

But the de jure political equality is undermined by de facto social inequality, other observers contend, leading some to advocate broader share ownership. 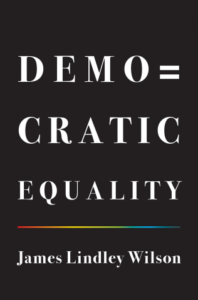 Under this arrangement, the government would use the returns from these investments to pay out dividends, much as Wall Street investors already do, but to society at large, while also acting as a powerful investor that influences company decisions, The Washington Post’s Jeff Stein adds:

This approach would still aim to correct for the enormous rise in inequality, while, at least in theory, sidestepping the challenge of taxing internationally mobile flows of capital that can cross borders more easily than tax collectors. These economists are proposing to have the government itself own, and control, a share of capital income in the United States — with the aim of more equitably sharing the gains from a surging stock market. 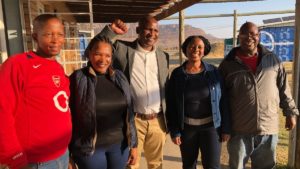 The Lesotho agreement has all the elements needed to prevent and eliminate GBVH at garment factories there. Unions were at the negotiating table. The agreement is binding and enforceable on all parties. And the global brands and the garment factory employer have guaranteed their commitment to enforcing and upholding the code of conduct, with workers and unions equal partners in oversight. [Watch the video]

Solidarity Center and NDI are core partners of the National Endowment for Democracy.