With the Covid pandemic, the sheer incompetence of the nativist populists has at least become clear, notes FT analyst Martin Wolf:

In 1944, two influential books were published by émigrés from Vienna. One, The Road to Serfdom, by Friedrich Hayek, argued against the incoming tide of socialism. The other, The Great Transformation, by Karl Polanyi, insisted that this tide was the inescapable result of the 19th-century free market. These books both contain truths. But, if we are to understand what is happening today, Polanyi seems much the better guide. If we wish to avoid a political breakdown, we should not seek to suppress markets, but we must surely temper their gales. 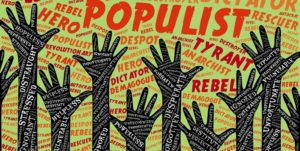 Maybe, a coalition of radical, yet sensible, reformers will re-emerge, to re-engineer domestic policies and global politics. Perhaps, the Covid-19 crisis itself will catalyse this. But it will take both will and the talent to create new coalitions of ideas and interests, Wolf adds.

In a new paper that develops a theory of leadership amid pandemics, law professors David Pozen and Kim Lane Scheppele present “executive underreach” as a species of leadership failure that’s as destructive as executive overreach, The Post’s Greg Sargent writes, defining it as:

a national executive branch’s willful failure to address a significant public problem that the executive is legally and functionally equipped (though not necessarily legally required) to address.

But crucially, the paper links this phenomenon to fundamentally illiberal and anti-democratic tendencies: Hostility to science and expertise; and the leader’s abiding faith in his ability to confuse the public with disinformation as a substitute for acting in the national interest, all typical of “demagogic populists,” he adds.

Countries with populist governments have been especially badly hit by the coronavirus pandemic. But beware: the virus is unlikely to kill off populism, says Carnegie analyst Rosa Balfour. To rid the world of populism, its root causes must be addressed. Understanding the 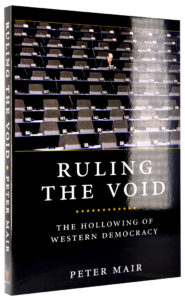 roots of populism is the first step toward identifying how to protect democracy, she writes: