Russia and China are not the only autocracies seeking to squash democratic openings.

Since the Arab uprisings of 2011, Saudi Arabia and the United Arab Emirates have used their considerable resources to promote authoritarian governments run by military strongmen in the region. They helped crush Bahrain’s uprising, bankrolled a return to military dictatorship in Egypt, armed a rogue military leader in Libya and mismanaged a democratic transition in Yemen before launching a destructive war there, argues Iyad el-Baghdadi,  co-host of the podcast “The Arab Tyrant Manual.” 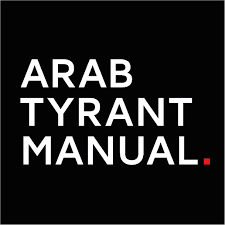 A ghastly new chapter in the Saudi and the Emirati counterrevolution against democratic movements in the region is unfolding in Sudan, whose generals have unleashed terrible violence on supporters of democracy, he writes for The New York Times:

Saudi Arabia and the United Arab Emirates claim that their interventions have been aimed at staving off Islamist extremism and promoting regional stability. But Sudan’s uprising against Mr. al-Bashir is an uprising against political Islamists; the protest leaders who have been negotiating with the military council are not Islamists. Saudi Arabia and the United Arab Emirates are instead driven by their own fear that should a major Arab country transition to democracy, it would lead to upheavals at home.

The repression of political dissidents such as Ahmed Mansoor belies the UAEʹs well-publicised attempts to brand itself as a promoter of tolerance, Qantara reports. Yet the West’s staunch ally in the Gulf has little to fear in the way of criticism

Sudan’s opposition is embattled, hurting but defiant, adds Baghdadi, founder and president of the Kawaakibi Foundation, a nonprofit working on the future of liberty in Arab and Muslim societies. RTWT

A critical question remains on the table about other viable alternative futures for Sudan. But when Ethiopian Prime Minister Abiy tried to provide some direction from the African Union by stepping in to mediate talks in recent days, civilian participants were arrested in the aftermath of the meeting, notes CFR analyst Michelle Gavin.

“The AU has an important role to play, but it needs an international ecosystem of support. The distortions in Sudan’s economy that have favored a small set of elites are part of an unsustainable system,” she adds. “Most Sudanese know that. But it remains very unclear who can be counted on to support true transformation.” 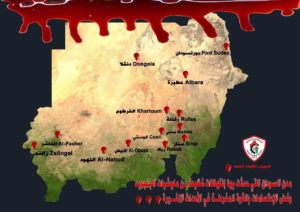 Civil society groups (below), including several partners of the National Endowment for Democracy, have called for a peaceful negotiated transition to democracy in Sudan.