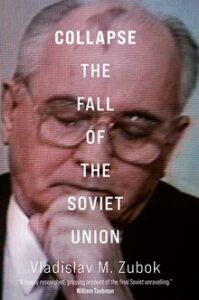 Russian lawmakers want to declare the fall of the Soviet Union three decades ago “the greatest geopolitical catastrophe of the 20th century.” The proposal submitted Monday by the right-wing nationalist Liberal Democratic Party (LDPR) to the State Duma, Russia’s lower house of parliament, borrows from President Vladimir Putin’s famous 2005 remark about the Soviet collapse, The Moscow Times reports.

Three decades on, the notion that U.S. policies or pressure from the West helped to destroy the “evil empire” and other widely believed explanations for the collapse of the Soviet Union are now less persuasive, says Vladislav M. Zubok, LSE professor of international history.

Mikhail Gorbachev saw reform of the Soviet system as an idealistic experiment, he writes for The Wall Street Journal:

The spiral was far from inevitable, adds Zubok, the author of “Collapse: The Fall of the Soviet Union.” Had the Kremlin been more cautious and pragmatic, it could have pushed radical market liberalization without dismantling the authoritarian system —much as China had done. RTWT

“There are plenty of Russians who believe that Stalin had successfully industrialized a backward Russia and won the war against Hitler. Putin probably shares this conviction,” Zubok told Aspects of History. “He also views modern attacks on Stalinism and Stalin misdeeds, such as the Nazi-Soviet pact and Sovietization of Eastern Europe, as a use of history against Russia’s security interests.”

“Otherwise I believe (and I hope I am right) that Putin is clever enough to understands that Russia cannot and should not return to … Stalin’s methods of governance,” he adds.

The veteran human rights group Memorial is the latest victim of Russia’s history wars, says Alexander Baunov, a senior fellow at the Carnegie Moscow Center and editor in chief of Carnegie.ru. The Kremlin’s persecution reflects Putin’s conviction that whoever controls history has an advantage in determining current and future political narratives.

Their motivation is quite simple, he writes for Foreign Policy: Too much light on past repression, the Kremlin fears, could lead Russians to question the government’s present-day activities, including the jailing of opposition politicians, repression of civil society, and harsh new laws against independent media and NGOs. And the most direct link between past repression and today’s is the Russian security services—the mostly unreconstructed successors of the Soviet security apparatus.

The case is typical of authoritarian attempts to exploit and distort the past to give legitimacy to violence, says NED board member Anne Applebaum, a fellow at the SNF Agora Institute at Johns Hopkins University, and the author of Twilight of Democracy: The Seductive Lure of Authoritarianism.

With a few exceptions, Western Kremlinologists and other experts notoriously failed to predict the Soviet collapse.

There is a grave danger that—yet again—the West is failing to see its principal foe’s real weaknesses, says Paul Dibb, emeritus professor of strategic studies at the Australian National University and the author of The Soviet Union: the incomplete superpower. And once more we are being asked to conform to the dominant view that China is all-powerful and that its economy and military are superior to those of America, or soon will be, he writes.

Russia’s democratic collapse must rank as one of the most consequential setbacks among the third and fourth waves of democratization, argues Stanford University’s Michael McFaul. Structurally, Russia was forced to navigate democratic and market reforms while managing the dissolution of the Soviet empire. Yet the agency of individual actors may have played a more decisive role, he wrote for the Journal of Democracy:

Individuals matter in the making and breaking of democracies, but so do socioeconomic factors and historical institutional path dependency. Had the Russian economy continued another decade of depression in the 2000s, Putin’s autocracy likely would not have lasted. Conversely, had Yeltsin chosen Nemtsov, democracy probably would have strengthened as the economy grew. 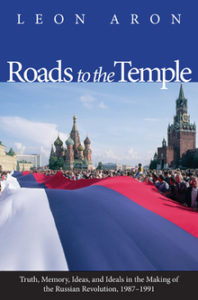 Structural factors do not fully explain the system’s collapse, so one must also consider the central role of intentionalism—that is, individuals inspired by ideas, which they impart to others—in the inception and course of the change, such as the “godfather of glasnost“ Aleksandr Yakovlev, according to Leon Aron.

For both Yakovlev and Gorbachev, democratization was the most urgent imperative, far ahead of any economic objectives in the initial impulse for perestroika, he wrote for the Journal of Democracy:

“The main issue today is not only the economy. This is only the material side of the process. The heart of the matter lies in the political system….Hence, the “main principles of perestroika”: democracy first and foremost, understood as freedom to choose in multicandidate elections; glasnost, or freedom of speech and the press; judicial independence; and laws safeguarding key human rights—the inviolability of individual persons, property, and communications; freedom to travel, assemble, and demonstrate; freedom of religion; and the ability of a citizen to sue any official or official body in court.

For Yakovlev, glasnost was the touchstone of perestroika, Aron contends. Soviet society was tormented by lies—”ubiquitous and all-consuming lies.” Without glasnost, he repeated to newspaper and magazine editors, perestroika would be “doomed.”