Half of the world’s democracies are in decline, undermined by such challenges as curbs on freedom of expression and distrust in the legitimacy of elections, according to a new report from the Stockholm-based International Institute for Democracy and Electoral Assistance (International IDEA).

The number of backsliding states – those experiencing severe democratic erosion – is at an all-time high, while twice as many states are trending authoritarian than moving toward democracy, say the authors of “The Global State of Democracy Report 2022 – Forging Social Contracts in a Time of Discontent.” 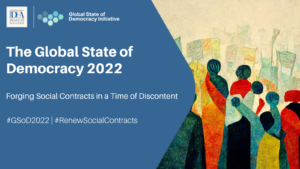 “The world faces a multitude of crises, from the cost of living to risks of nuclear confrontation and the acceleration of the climate crisis,” the report states. “At the same time, we see global democracy in decline. It is a toxic mix.”

Progress has stalled across IDEA’s indices over the last five years, with many democracies’ performances no better than in 1990. More than two-thirds of the world’s population live in backsliding democracies, authoritarian or hybrid regimes.

“Democracies are being subverted from the outside, but also, and fundamentally, eroded from within,” said International IDEA Secretary-General Kevin Casas-Zamora. “We are all at risk of losing our hard-won freedoms and buying into the false promises of autocracy. No country is immune to these threats.”

Authoritarianism made gains in countries like Afghanistan, Belarus, Cambodia, and Nicaragua, adds the 64-page report that gauges democratic performance in 173 countries. 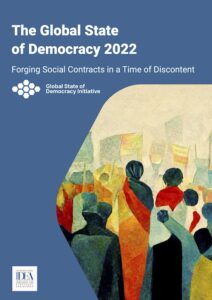 Common indicators of decline include the calculated undermining of credible election results, curbs on online freedoms, youth disillusion with political parties and out-of-touch leaders, corruption, the rise of extremist parties and polarized politics.

“The world is at a critical crossroads,” IDEA said, noting that innovations aiming to revive democracy through “appropriate and corresponding mechanisms,” including a rethink of the ‘social contract’ between citizens and government to reflect new and evolving public needs and demands.

On the plus side….

“These are truly remarkable reactions and they can contribute to positive developments,” says Alexander Hudson, a “Democracy Assessment Specialist” at IDEA and a co-author of the new report (GsoD22). 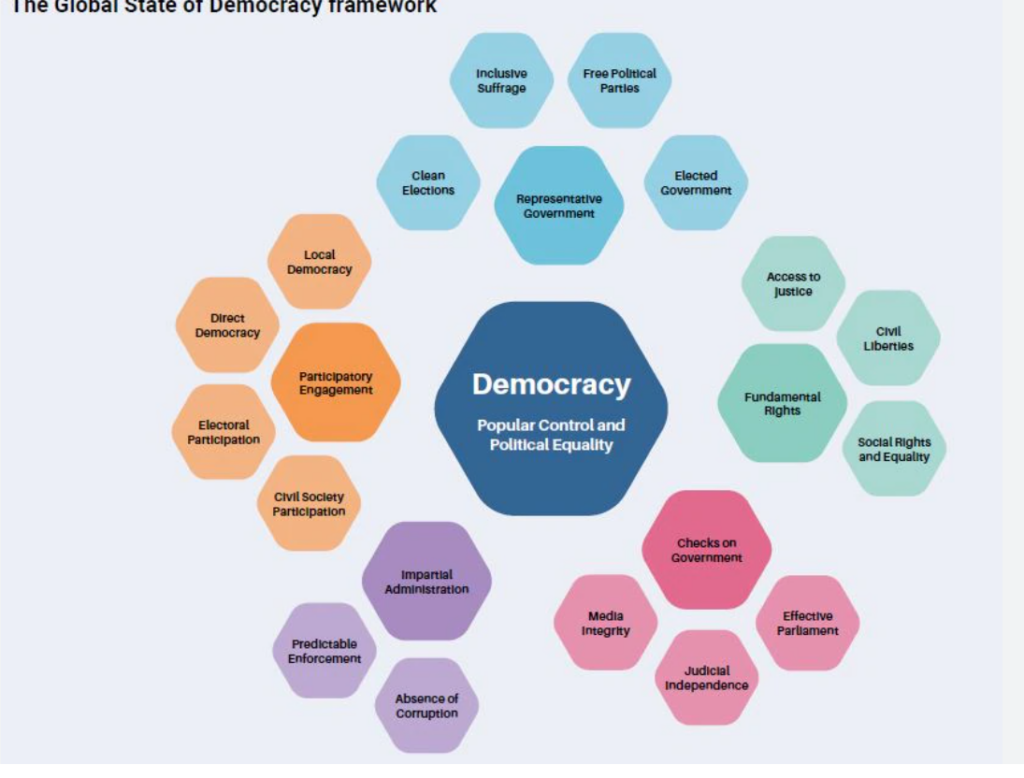 “People are coming together in innovative ways to renegotiate terms of social contracts, pushing their governments to meet 21st century demands, from creating community-based childcare in Asia to reproductive freedoms in Latin America,” the report states. “People are successfully organizing themselves outside traditional party structures, especially youth, from climate protests to Indigenous rights.” 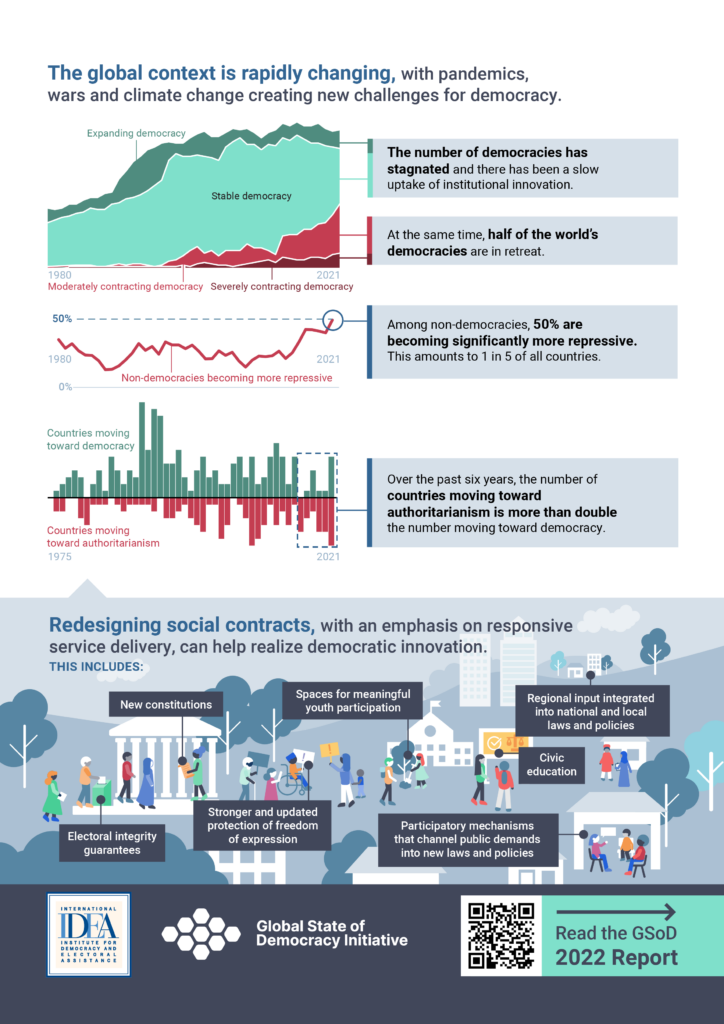