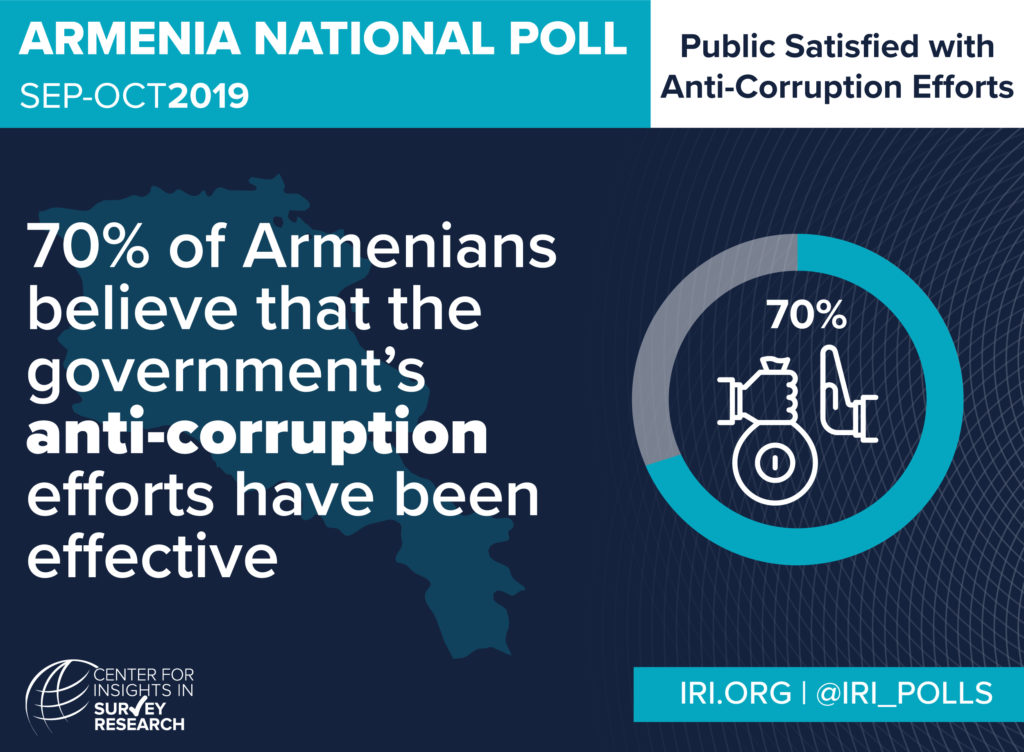 A court in Bishkek has ruled to freeze the bank accounts of RFE/RL’s Kyrgyz Service, locally known as Azattyk, its correspondent, and the Kyrgyz news site Kloop following their joint investigation about possible widespread corruption in the country’s customs service and massive outflows of cash.

RFE/RL’s office in Bishkek received a letter from the Sverdlov District Court on December 12 saying that, according to a December 10 ruling by Judge Ibraimova J.B., bank accounts belonging to RFE/RL correspondent Ali Toktakunov, RFE/RL’s Kyrgyz Service, and Kloop must be frozen. Another independent news website, 24.kg, which published a summary of the joint investigation, also had its bank accounts frozen.

The majority of Armenian citizens are optimistic about the country’s future, according to a new nationwide survey conducted by the Center for Sociological Surveys of the International Republican Institute (IRI).

“The recent allegations against former senior officials show how serious the corruption problem was under the previous leadership,” said Stephen Nix, IRI Regional Director for Eurasia.

Organized by the Anticorruption Action Centre in Ukraine, the conference will take place from April 25-27, 2020, in Kyiv and Chornobyl. Its goal is to shape a new agenda aimed at reaching a future with zero corruption. And its advisory board includes several of TAI’s finest—including TAI Chairman and National Endowment for Democracy (NED) board member Francis Fukuyama, and Oliver Bullough, a TAI contributor and bestselling author of Moneyland.