One related problem is that many democracy programs are not run by non-profit NGOs such as the National Endowment for Democracy (NED) or Freedom House, he observes. A strikingly high percentage are implemented by for-profit corporations that specialize in winning such government contracts, which is a problem for two reasons, and the first is cost: profits eat up funds that should be going to the promotion of human rights and democracy. But the second problem may be even more significant: what has been called “tameness.” For-profit private companies are good at winning contracts and supplying bureaucrats with the documentation they need, because their main goal is to stay in business. They will be leery of activities that could get them expelled from a country and will avoid confrontational activities that promoting democracy and human rights may require. 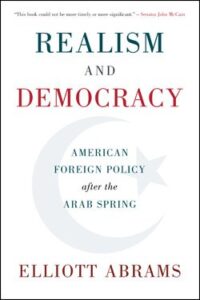 U.S. official programming to promote democracy and human rights would benefit from at least two changes, given these problems, the author of Realism and Democracy adds in a contribution to the Diamonstein-Spielvogel Project on the Future of Democracy: