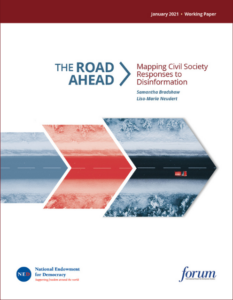 “It’s not just conspiracy theorists and marginalized, angry people online,” he said. “It’s state actors, too, using disinformation, propaganda, and cyberwarfare to harm our economies, our democracies, and undermine people’s faith in the principles that hold us together.”

Trudeau did not name any particular state actor, but more than one question from Dutch parliamentarians centred on the rising influence of China, CTV News adds, a fact Trudeau said “poses tremendous challenges around the world to democracies and our trading systems.”

Collectively these organizations created an implicit catalog of political disinformation, which proved invaluable as one of us built data on online influence operations around the world since 2011, they add. RTWT 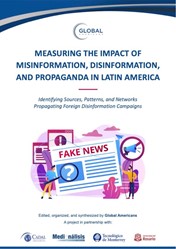 How is misinformation, disinformation, and propaganda disseminated in Latin America and the Caribbean by foreign state media sources and consumed by regional audiences? And what are the policy implications?

Such efforts work to amplify existing political fault lines, increase distrust with democratic governments, and portray China and Russia as alternatives to the United States as a regional partner, says a new report from Global Americans, a partner of the National Endowment for Democracy (NED). Foreign state media outlets approach the region in varied ways, fine-tuning their approach depending on the local political context, whether that be in Mexico, Colombia, Peru, Argentina, Chile, or any other country in the region, say the authors of Measuring the Impact of Misinformation, Disinformation, and Propaganda in Latin America.

Facebook whistleblower Frances Haugen said that through misinformation abroad the company has played a pivotal role in spreading disinformation and suppressing democracy from Ethiopia and India to Myanmar and the Philippines.

Bret Schafer, a senior fellow at the Alliance for Securing Democracy, tells NPR how China is able to spread misinformation around the world by taking advantage of the way search engines find and list content.