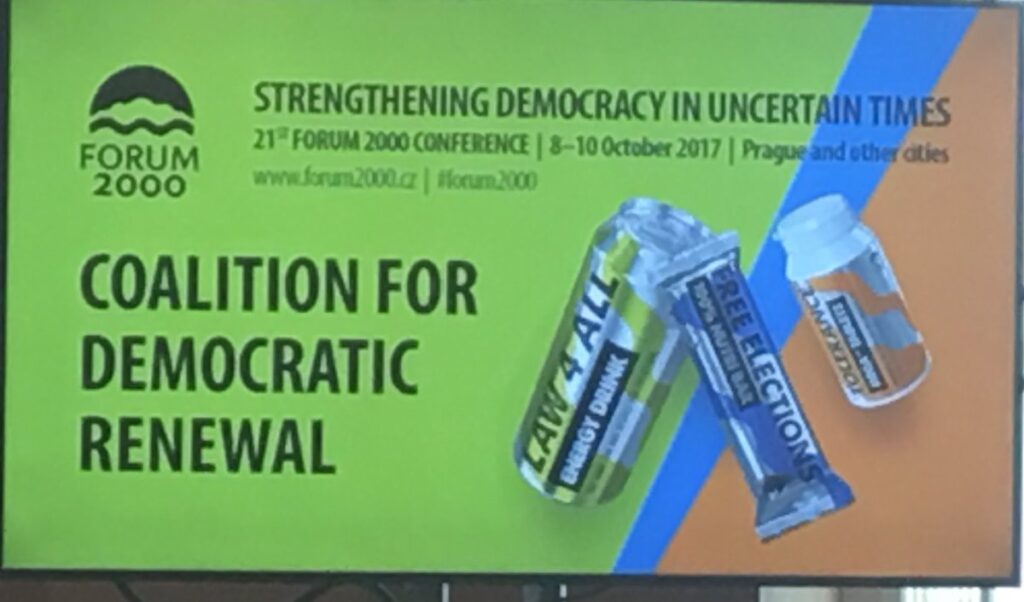 The world’s democracies must develop a common agenda to address the threats posed by resurgent autocrats and to address democratic backsliding, said the International Coalition for Democratic Renewal (ICDR), in a statement issued in advance of the Biden administration’s forthcoming Summit for Democracy.

The summit “provides an appropriate forum” to “jump-start the revitalization of democratic cooperation” and democratic states should “closely collaborate with and involve civil society actors and democratic parliamentarians,” said the statement, published today by Forum 2000, which hosts the coalition, comprising over 400 intellectuals, politicians, civil society representatives and democracy activists.

The summit should also consider reforms to aspects of the global financial architecture which enable kleptocracy, the coalition adds, and consider establishing a United Nations special envoy or rapporteur for democracy to make it more difficult for authoritarians to exploit international forums and multilateral institutions.

But there is a danger that by focusing on the word ‘democracy’, the summit will miss the secret ingredient that actually drives democratic power – accountability, according to former UK foreign minister David Miliband.

“This is an important opportunity for supporters of accountability to put pressure on their fellow democratic states to uphold their own commitments to International Humanitarian Law and the rights of migrants and to support, not crackdown on humanitarian and civil society organisations,” he told today’s AidEx 10th Anniversary Conference in a speech on Civil Society and the Age of Impunity. “This includes mobilizing domestic legal tools such as the application of universal jurisdiction for war crimes and economic assets like Magnitsky-style sanctions.”

Invitations to the summit have had to balance admission based on the quality of a country’s democracy against more realist geopolitical considerations. Last week, the Western Balkans exposed this tension for all to see, says a leading civil society activist. 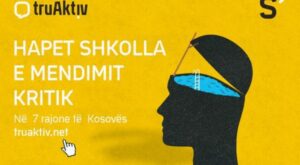 Serbia and Kosovo have both been invited, in the latter case after President Vjosa Osmani traveled to Washington along with Kosovo’s informal ambassador, pop star Dua Lipa (below), who highlighted the country’s democratic credentials before an influential crowd at the Atlantic Council’s Distinguished Leadership Awards,* notes Agon Maliqi, chairman of Sbunker (right) a pro-democracy think tank and new media platform – and a former Reagan-Fascell Democracy fellow at the National Endowment for Democracy (NED).

No, that’s not Yugoslavia in 1991. It’s Bosnia and Herzegovina today. The country, whose complex constitutional order was painstakingly negotiated in the teeth of a bloody war and settled through the Dayton Accords, is on the brink of breaking up, he writes for The New York Times.

Nature abhors a vacuum, so as the West’s democracies have withdrawn…….

In their absence, competing foreign influences — Russia foremost among them — have stepped into the vacuum, emboldening autocratic leaders and destabilizing the region, Latal adds. To avoid the breakup of Bosnia, which could lead to a new war and all-out disaster, the West must reverse course immediately and revive the “carrot and stick” strategy — combining sanctions, concessions and financial resources — successfully wielded in the Balkans in the past.

The administration’s approach treats Serbian President Aleksandar Vučić as a valuable, if not always reliable, partner despite his role in facilitating Chinese and Russian influence in the region, Maliqi writes for the Atlantic Council:

Still, the administration’s reversal on Kosovo is a welcome development that (among other things) will empower its civil society. With the withdrawal from Afghanistan, Biden signaled a more realistic posture rather than a return to the liberal internationalism of the 1990s. …Kosovo, with all its flaws, is one of the rare successful cases of US intervention and state-building, and its participation in the summit is a good thing. The summit will help in sustaining the momentum for domestic reforms, while also potentially resetting US-Kosovo relations toward a common outlook and approach to resolving the dispute with Serbia.

The European Partnership for Democracy has published a menu of commitments that governments participating in the summit should be asked to respect, including some 41 proposals on such themes as international cooperation, domestic structures for supporting democratic practice, addressing democratic backsliding and autocratization.