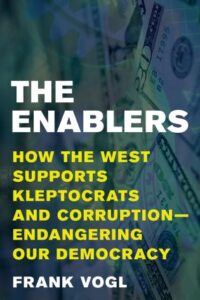 Reforming a global financial architecture which enables kleptocracy should be on the Summit for Democracy’s agenda, according to the International Coalition for Democratic Renewal (ICDR).

“It must seek to prevent kleptocrats in Russia and elsewhere from exploiting the global financial system to enrich themselves and weaken democracy,” it said in a statement published today by Forum 2000. “It is important for Western societies to keep their own governments to account and to make sure they do not act as accomplices to foreign kleptocratic authoritarian regimes,” it added.

“Autocracy Inc.” is the sobriquet The Atlantic’s Anne Applebaum confers on the cluster of authoritarian actors lacking a unified ideology but sharing a desire to preserve and enhance their personal power and wealth, through sophisticated networks of kleptocratic financial structures, security services and professional propagandists.

“Their links are cemented not by ideals but by deals—deals designed to take the edge off Western economic boycotts, or to make them personally rich—which is why they can operate across geographical and historical lines,” she writes in the cover story for the December issue of The Atlantic. 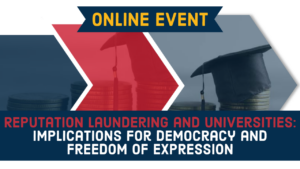 Authoritarian regimes depend on the international management of illicit funds and curbing managers’ activities for kleptocratic clients is critical for the health of democracy, says Frank Vogl, author of The Enablers.

The “enablers” of his title are the banks that move launderers’ money; the lawyers who set up their brass-plate companies or, alongside public-relations firms, fend off prosecutors and the media on the kleptocrats’ behalf; and the estate agents and yacht-dealers who help them procure trophy assets, The Economist adds. Much of all this is legal, but, says Mr Vogl, it does not “serve the public interests of citizens in democratic nations, and indeed well beyond”.

American lawyers are in many ways “the perfect friend to have if you’re a kleptocrat”, adds Casey Michel, author of American Kleptocracy. One of the most staggering facts in researching such a book, he notes (below), is that developing countries have lost over $16 trillion in unrecorded capital flight.

But neither book gets to the heart of what is needed to clean up global finance, The Economist concludes. The nub of the problem is that though money-laundering networks are increasingly sophisticated and transnational, regulation and law enforcement remain balkanized. Mr Biden’s priority at that summit should be to push for more co-operation. RTWT

One of the most staggering facts in researching a book on kleptocracy: the *trillions of dollars* developing countries have lost in unrecorded capital flight—much of it coming to the U.S.