Ending the “forever war” in Afghanistan, a priority of President Joe Biden’s, was arguably a humble acknowledgment of the limits of America’s ability to fix the world. It was also a calculated assessment of what was best for America, regardless of what allies may have thought, The Washington Post’s David Montgomery suggests.

“While the withdrawal was incredibly important and necessary to further American national interests, the process of withdrawal was diplomatic malpractice,” says Aaron David Miller, a former adviser to Democratic and Republican secretaries of state and a senior fellow at the Carnegie Endowment for International Peace. “People wondered whether or not America would ever be able to lead again.” 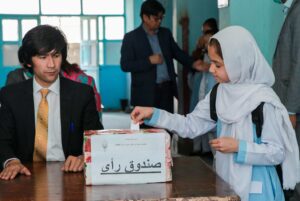 Koofi spent years fighting for women’s rights in Afghanistan, The Washington Post reports. She survived at least two assassination attempts and then sat face-to-face with Taliban leaders to negotiate the country’s future. 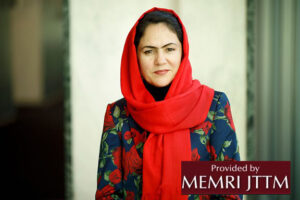 “It was heartbreaking to see how everything collapsed,” she said in a BBC radio interview. “I was afraid of being oppressed, of staying under house arrest, not that those people would kill me,” Koofi (right) added. “I never wanted to leave. … To leave in a situation where you think thousands, maybe millions of people, are desperate and hopeless … to leave those people, emotionally, I felt so inappropriate.”

The situation of women and girls in Afghanistan was unique and dire, Koofi told a recent session of the UN Human Rights Council. In the twenty-first century, Afghanistan was the only country where women were second-class and invisible, having to advocate for their basic rights to not be invisible and not to be erased from public life.

She recently joined dozens of eminent Afghans and experts to call for the re-imposition of an international travel ban on the leaders of the Islamic Emirate of Afghanistan (the Taliban jihadi organization which seized power in 2021) for their continued harboring of Al-Qaeda and terror terrorist groups, war crimes, and abuse of women’s rights, MEMRI reports.

ICYMI | Tune in to hear @DamonMacWilson speak with @Fawziakoofi77 on the future of #Afghanistan and its resilient women: https://t.co/2A0kBiBcUh