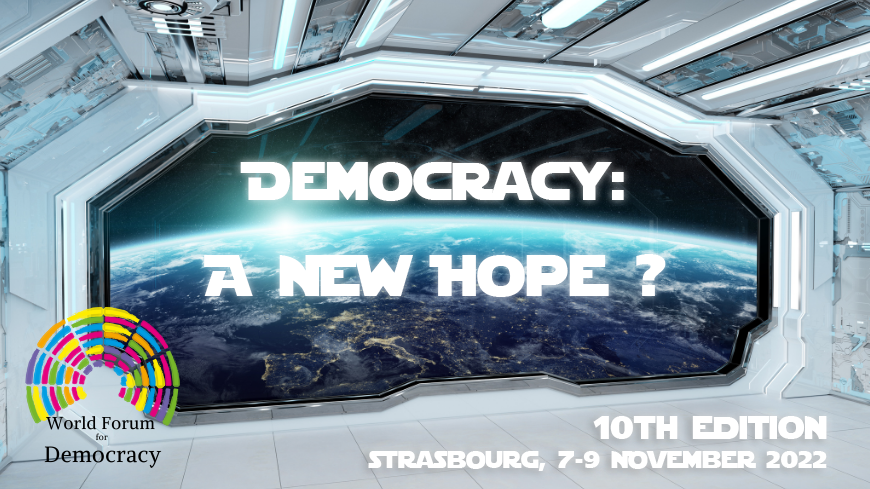 “Democracy: A new hope?” is the theme of this year’s World Forum for Democracy, which is celebrating its 10th anniversary. The event, taking place from 7 to 9 November at the Council of Europe in Strasbourg, will bring together intellectuals, politicians, activists, experts and young people from all over the world to discuss the factors contributing to democratic decline and how these can be addressed.

Speakers include: Katrin Jakobsdóttir, Prime Minister of Iceland and Simon Coveney, Minister for Foreign Affairs of Ireland will each give a special address; Salome Zurabishvili, President of Georgia, Sviatlana Tsikhanouskaya (right), leader of the Belarusian democratic movement, Olivier Véran, French Government Spokesperson and Minister for Democratic Renewal, Olexander Kornienko, Deputy Speaker of the Ukrainian Parliament and Lucian Romaşcanu, Minister of Culture of Romania, as well as Club of Madrid members, the former President of Mongolia, Tsakhia Elbegdorj, and the former President of Chile, Ricardo Lagos. Full details here.