These tech entrepreneurs mostly grew up “in the age of ‘economism,’ when money making, economic principles and economic rationality trumped everything else,” said Minxin Pei, professor of government at Claremont McKenna College. “Now they see the regime puts politics in command,” he said. “For them, this is incomprehensible.”

As Wall Street Journalreporters Josh Chin and Liza Lin argue in their new book Surveillance State, the Chinese government has managed to build a new social contract with its citizens: they give up their data in exchange for more precise governance that, ideally, makes their lives safer and easier (even if it doesn’t always work out so simply in reality), notes MIT’s Zeyi Yang: 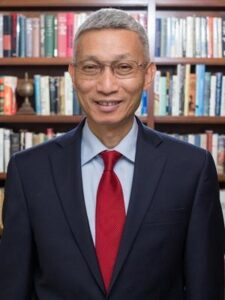 After decades of double-digit GDP growth, China’s economic boom has slowed down over the past three years and is expected to face even stronger headwinds. (The World Bank currently estimates that China’s 2022 annual GDP growth will decrease to 2.8%.) So the old social contract, which promised better returns from an economy steered by an authoritarian government, is strained—and a new one is needed.

“There’s no question about the shift both in political rhetoric and in action and in also the appointment of the team,” added Pei, a board member of the National Endowment for Democracy (NED), who said he believes that Mr. Xi’s leadership lineup shows that he does not value expertise in managing a market-oriented economy. “He values people who can implement his policy regardless of the economic consequences.”

With the new National Security Law, the CCP honed a sophisticated tool for hollowing out Hong Kong, whose rights and freedoms Beijing had once promised to respect, Mike Davis writes for the Journal of Democracy.