A previously unreported meeting is an example of how the Chinese government directly — and often secretly — engages in political activity in Australia, making the nation a laboratory for testing how far it can go to steer debate and influence policy inside a democratic trade partner, The New York Times reports:

Chinese consul general Gu Xiaojie called on the group to help shape public opinion during a coming visit of China’s prime minister, Li Keqiang, in part by reporting critics to the consulate. Rallies in support of China should be coordinated, he suggested, and large banners should be unfurled to block images of protests against Beijing…..China once sought to spread Marxist revolution around the world, but its goal now is more subtle — winning support for a trade and foreign policy agenda intended to boost its geopolitical standing and maintain its monopoly on power at home.

“We are not troops, but this task is a bit like the nature of troops,” said the diplomat, Chinese consul general Gu Xiaojie, according to a recording of the session in the consulate obtained by The New York Times and verified by a person who was in the room. “This is a war,” he added, “with lots of battles.”

Even if dictatorships tend to be more brittle than democracies, President Xi Jinping has reasserted party control and begun to project Chinese power around the world, The Economist observes:

America complains that China is cheating its way to the top by stealing technology, and that by muscling into the South China Sea and bullying democracies like Canada and Sweden it is becoming a threat to global peace. China is caught between the dream of regaining its rightful place in Asia and the fear that tired, jealous America will block its rise because it cannot accept its own decline.

Australia has a valuable base of experience in facing up to the challenge of PRC sharp power projection, said Christopher Walker, the National Endowment for Democracy’s Vice President for Studies & Analysis. Several key steps, drawn from the NED’s Sharp Power report, can be taken to address Beijing’s influence efforts, he told the U.S. House Permanent Select Committee on Intelligence hearing on “China’s Foreign Influence and Sharp Power Strategy to Shape and Influence Democratic Institutions”: 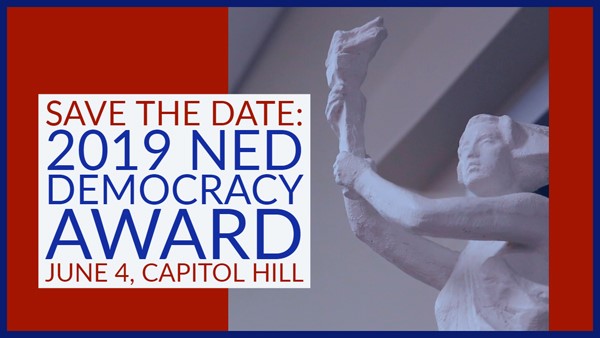