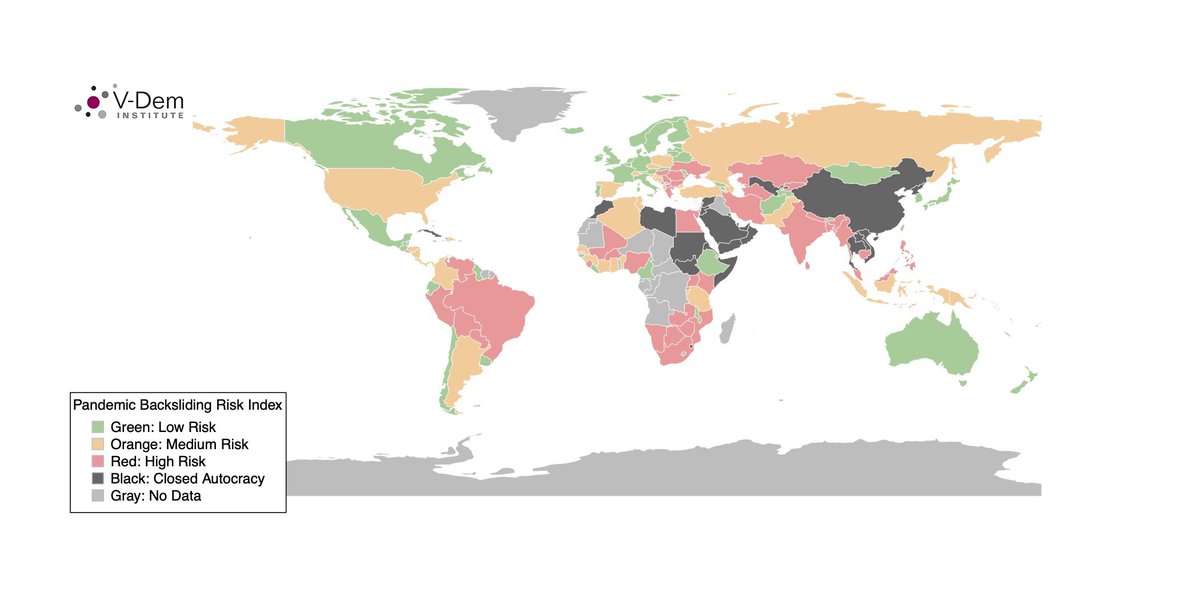 “Overall, the dangers are much greater than the opportunities” in terms of the pandemic’s impact on liberty and democracy, says Stanford University’s Francis Fukuyama.

“I do think there are opportunities for improving policies and institutions, but right now the dangers are much more serious, because when people are afraid and when they are economically threatened, they’re likely to respond with much more negative kinds of psychological fears and hatred and so forth,” he contends. “I worry both about global democracy and peace because we may be losing both of them.”

Democracies like South Korea “have done much better than China has in terms of controlling the disease,” he tells SupChina. “In fact, they managed to hold a major national election right in the middle of this global crisis, and they did it successfully. So I think it’s not the case that democracies can’t handle this sort of thing,”

“I don’t think the American response tells you anything about democracy as a general system of government,” adds Fukuyama, a former National Endowment for Democracy (NED) board member. 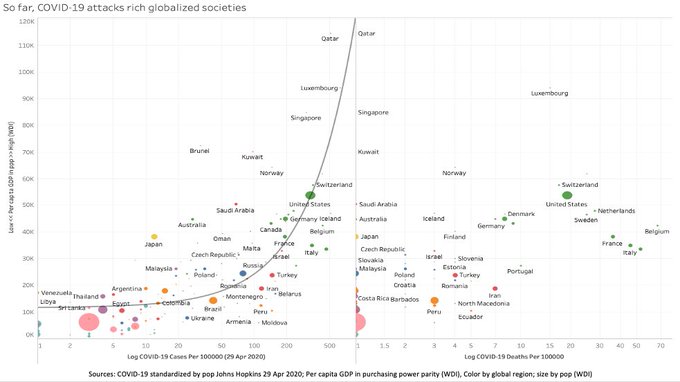 Many parts of the world are cautiously reopening, with politicians heading back to parliament and citizens back to the ballot boxes. But things will not be the same as before, Bruno Kaufmann and Domhnall O’Sullivan write for Swiss Info Democracy Reporting. A recent piece assessed the importance of social trust for keeping democratic governance running during the coronavirus. Another focuses on the role of modern populism, they add:

Elsewhere, the latest Bertelsmann Transformation Index (left, one of the most important democracy ranking studies), published on April 28, underlines the fascinating divisions emerging across the world ….Another key player the Gothenburg-based research group Varieties of Democracy (V-Dem) who this week presented a Pandemic Backsliding Risk Index (above). It calculates an almost even split across the globe: while 48 countries are at risk of democratic decline during the Covid-19 pandemic, some 47 countries are not at risk.

A similar service from the Asian Network for Free Elections, ANFREL, and Democracy International invites people to become a #CoronaDemocracyReporter. 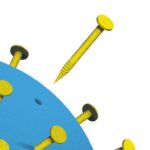 The virus shows no sign of deliberate human construction and there is no reason to doubt that it evolved entirely in the wild, The Economist (right) reports.

A nonpartisan group of fifty leading figures in the international democracy assistance community released an open letter under the auspices of the Election Reformers Network urging political leaders to reaffirm core democratic principles and to ensure that elections remain fair, secure, and inclusive manner. 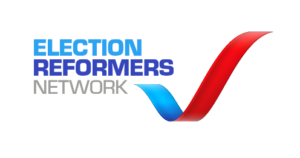 In the face of the pandemic, “political leaders must unhesitatingly affirm our longstanding democratic principles and demonstrate in practice the value of a functioning democracy in overcoming even the most formidable crisis,” said Brian Atwood, former Administrator of the United States Agency for International Development, and former President of the National Democratic Institute.

“We owe it to ourselves as well as to those around the world struggling for freedom and human rights to show that not even a pandemic can keep us from exercising our democratic rights to elect our leaders through a free and fair process,” said David J. Kramer, a former Assistant Secretary of State for Democracy, Human Rights and Labor and a former president of Freedom House.

The ICNL Alliance has updated its Civic Freedom Monitor. Check it out here #CivicFreedomFriday

The COVID-DEM Infohub (below) has been established to help democracy analysts worldwide track, compile, and share information on how responses to the novel coronavirus (COVID-19) are impacting on democratic governance.

Democracies are important, because if you don’t have basic freedom of speech and an independent press, you are not going to know what is going on in your society, adds Stanford’s Fukuyama. But there are two important things that really make the difference, he writes for the Kyiv Post:

1) State capacity: South Korea had a response already in January – they had testing, an adequate system of tracing contacts and they were prepared a long time before most other countries;

Are authoritarian states inherently better suited to deal with the pandemic? the Carnegie Endowment asks. What is at stake for democratic states as they attempt to mitigate the effects of the coronavirus? And what are the lasting implications for governments in a post-pandemic world? Are we witnessing a series of transformative events that will fundamentally alter governments’ relations with their publics? Join a virtual discussion on how the global pandemic will impact different systems of government.

Moderator: Aaron David Miller is a senior fellow at the Carnegie Endowment for International Peace, focusing on U.S. foreign policy.