The Media Freedom Coalition has called on all countries across the world to protect the rights and safety of journalists whose ability to work freely is “fundamental to a functioning democracy.” The Covid-19 pandemic has intensified abuse towards journalists across the world, it adds: “This climate of impunity perpetuates the cycle of violence against journalists and the media.”

The pandemic has led to many laws being devised to counter disinformation, causing harm to media freedom. There have been over 400 media-freedom violations globally (above) as of September 2020, according to the International Press Institute.

Strengthening media freedom: the protection of journalists in Europe, hate speech, disinformation and the role of platforms is the focus of a new report released today by the European Parliament.

While the presence, even if it is small, of disinformation and echo chambers on social media poses a legitimate threat to the well-being of democracy, Dr. Michael Hamelaars, an assistant professor at the University of Amsterdam, holds a rather optimistic viewpoint, Kayla Dowling writes for Medium. Interventions such as fact-checking and media literacy training can mitigate the negative consequences of social media.

Research has suggested that fact-checking is an effective way to stop the spread of disinformation but it “sometimes comes after the harm is done so it already might have cultivated misperceptions” because not everyone who is exposed to disinformation is also exposed to corrections, she adds. In addition to fact-checking, more structural interventions such as media-literacy training are necessary so that people can learn how to identify disinformation. 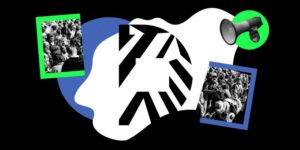 In recent years, media technologies, and social media in particular, have progressed to a point where they have started to undermine democracy, McGill University’s Shafaq Nami writes.

McGill’s Max Bell School of Public Policy recently launched the Centre for Media, Technology and Democracy to combat threats to democracy through research and public debate about how media and technology affect social systems and shape public policies. Threats to democracy include fake news, user privacy breaches, influence campaigns, “bots,” and the growth of information cocoons. These can lead to an increase in media fragmentation, political polarization, and, in the worst cases, extremism. 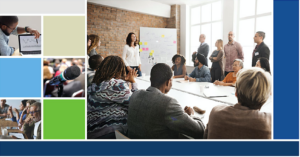 In a recent report from the NED’s Center for International Media Assistance, The Wisdom of the Crowd: Promoting Media Development through Deliberative Initiatives, Craig Matasick examines five case studies that shed light on how deliberative democracy practices can be employed in both media development and democracy assistance efforts, particularly in the Global South. The lessons learned from these examples can be used to tackle some of the most pressing media development priorities, and yield recommendations for donors, implementers, governments, and news outlets themselves.

Journalists and media workers have an expectation of their governments to provide them with the minimum protections if they encounter troubles while performing their duties abroad, says the High Level Panel of Legal Experts on Media Freedom. Access to consular assistance is especially important in situations where journalists are operating in countries that do not have the same legal and judicial standards as their countries of citizenship.

Join members and their guests at the launch of the Panel’s Enforcement report, A Pressing Concern: Protecting and Promoting Press Freedom by Strengthening Consular Support to Journalists at Risk. The eminent panel of speakers will discuss the importance of a solid, structured framework for Consular protection, which recognizes the rights of journalists and will add clarity and accountability to the current paradigm of consular support, reflecting upon the responsibilities placed on Home state (where the journalist normally resides), and the Host state (where the journalist is reporting).

High Level Panel of Legal Experts on Media Freedom- Launch of the Enforcement report, A Pressing Concern: Protecting and Promoting Press Freedom by Strengthening Consular Support to Journalists at Risk