“They are strongly allied with Putin and Russia. Iran belongs today to an alliance, a big alliance that is a real one acting on the world scene: The axis of China-Russia-Turkey-Radical Sunni Islam and Iran,” he tells The Jerusalem Post.

Analogies with the Spanish Civil War are more appropriate than suggestions that the West is “sleepwalking” into a global conflagration like the First World War. 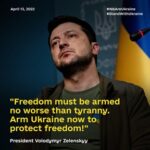 “Because it is an invitation for all of us to take sides, there are two ideas of the world, conceptions of civilization and models of society which are at stake and fighting against each other. The Spanish war was a rehearsal of what would explode three years later.” Then, “it was a big ideological clash between democracy and fascism. Today it is a clash between democracy and an authoritarian, neo-fascist and neo-imperialist country.”

Levy, aka BHL, is concerned that Western democracies are showing fatigue and impatience with the conflict.

“De Tocqueville said one characteristic of democracies [is that] they are easily slaved to versatility of opinion. That is the Achilles’ heel of democracy. We are facing that for sure with Ukraine,” adds Levy, whose new film, Why Ukraine, premiered in Israel this week. “There is no time to lose. Every day of fatigue by the West is a victory for Putin.” 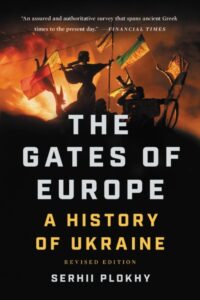 “History is written by all sides,” says historian Serhii Plokhy. But “victors have the resources to suppress other narratives, and to promote their narrative,” he tells The Financial Times:

Today, “we have an imperialist narrative, written by Putin, and his . . . ” Plokhy begins to say “ . . . and his inner circle”, but then wonders aloud whether there is one left. In Ukraine, that view of the world, and the distorted historical story that underpins it, is being defeated, Plokhy says. “It’s just being crushed.”

But as long as Vladimir Putin and Volodomir Zelensky both believe they are winning, or at least not losing, and as long as they are listening to their generals and not their diplomats, it is likely that this conflict will remain a slow, bloody and long war resembling the Western Front of 1915-18. “As long as it takes” may make the Donbas into a 21st-century Flanders field, he adds. 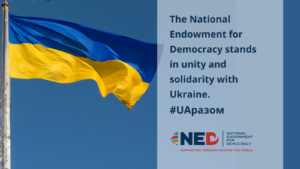 Whatever the merits of the democratic West’s strategy, Ukraine “has been more successful than many expected, from the beginning of this war,” in holding off the Russian advances, says Peter Zalmayev, Director of the Eurasian Democracy Initiative.

“Considering that the enemy’s side outguns and outnumbers Ukraine almost ten to one, in some cases, what Ukraine has done has been nothing short of remarkable,” he tells FRANCE 24.

Many of those sentenced on both sides are likely to be exchanged in a highly politicized and opaque process, as Ukraine seeks to legally prove Russia’s guilt for the invasion and bring its citizens home, and Russia pushes its propaganda on Ukraine’s supposed “Nazification” and tries to force the world to legitimize authorities in the Ukrainian territories it has occupied since 2014, POLITICO reports. The result is a potential undermining of rule of law, even as Ukraine strives to comply with international humanitarian law and prosecute Russia for its invasion and war crimes in national and international courts.

“There are so many Ukrainian war prisoners held by Russia,” said Tetiana Katrychenko, coordinator of the Media Initiative for Human Rights (below), which tracks Ukrainian prisoners in Russian-occupied territories. “And so Ukraine is trying to investigate specific instances of war crimes. But it’s a question [of] whether those who are sentenced will actually serve out their sentences. From the point of view of the U.N., this is a question of principle. But from Ukraine’s point of view, it also wants to get its citizens back.” 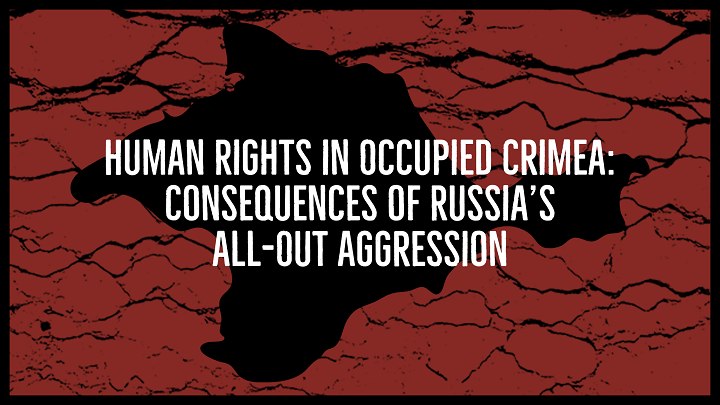 Since Russia’s full-scale invasion of Ukraine in February 2022, the consequences for Crimea and its people have only grown, as Crimea continues to be used as a Russian base for launching military operations to occupy other regions of Ukraine, including nearby Kherson. The National Endowment for Democracy welcomes two key Ukrainian leaders to discuss the current situation on the ground in Crimea and the human rights implications of Russia’s full-scale invasion of the country, with particular focus on the residents of Crimea including indigenous people.