The Cuban government committed systematic human rights violations in response to massive anti-government protests in July 2021 with the apparent goal of punishing protesters and deterring future demonstrations, Human Rights Watch said in a report released today on the anniversary of the protests. 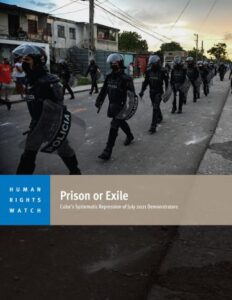 The 36-page report, “Prison or Exile: Cuba’s Systematic Repression of July 2021 Demonstrators,” documents a wide range of human rights violations committed in the context of the protests, including arbitrary detention, abuse-ridden prosecutions, and torture. The government’s repression and its apparent unwillingness to address the underlying problems that drove Cubans to the streets, including limited access to food and medicine, have generated a human rights crisis that dramatically increased the number of people leaving the country.

Released on the one-year anniversary of Cuba’s largest anti-government protests in a generation, “Outside the Revolution” (above) delves into the brutal repression the Cuban government masks with propaganda, and the risks journalists and artists take to expose it, The Washington Post reports. Featuring recently exiled Post Opinions contributor Abraham Jiménez Enoa and art historian and activist Carolina Barrero, the short documentary explores whether exile is the only way to have a voice on the island.

“Through our short documentaries, we aim to shed light on both real and intangible threats to freedom that are pervasive globally,” said Kate Woodsome, head of Opinions video. “With this project, we hope to remind viewers how risky it can be to confront official narratives.”

Hundreds of people marched in Spain’s capital Madrid Sunday to demand “human rights for Cubans” during a demonstration marking the first anniversary of the protests in Cuba, VOA reports. Police reported that some 250 people participated in the march. They also asked for freedom for political prisoners.

The crackdown has had a chilling effect on the protest movement, quashing any hope of meaningful social change. Still, the flame lit last July may not have been entirely extinguished, Javier Corrales, a political science professor at Amherst College, tells The New York Times.

“The very same forces that prompted the protest are still there,” said Corrales, a Journal of Democracy contributor. “Once these roundups end and you do return to a little bit of business as usual, people may go back to the same frame of mind that they may feel like they’re not afraid anymore.”

The U.S.-based human rights groups Cubalex and Justicia 11J say more than 1,400 people were arrested in the wake of the protests, The Post’s Christine Armario reports. A year later, an estimated 700 are still behind bars. The most common charges include public disorder, contempt and sedition. Several dozen people have been tried in military courts. Two of the most prominent detainees — rapper Maykel “El Osorbo” Castillo Pérez and artist Luis Manuel Otero Alcántara — were sentenced recently to nine and five years in jail.

“The government has demonstrated its authoritarian nature,” said Giselle Morfi, a Cuban attorney now based in Mexico who works with Cubalex. “The state criminalizes the exercise of fundamental rights that should be protected within any democratic society, such as freedom of expression, and it stigmatizes protest.” 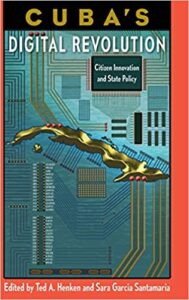 As the pandemic, US sanctions and the slow pace of reforms continue to batter the Cuban economy, officials on the island seem to realize that despite their heavy-handed crackdown last year, more protests could happen at any time, CNN adds:

In June this year, hundreds of Cuban students at a university in the city of Camagüey began a nighttime demonstration after power was cut in their dormitory. “F**k these blackouts! Put the electricity on!” they chanted as they banged on pots as seen on videos that the students uploaded to social media. Cuban officials quickly turned back on the lights.

Ted Henken, a Cuba scholar at Baruch College who wrote a book on the island’s digital awakening, notes that technology allows angry citizens to spark a protest in a matter of days that in the past would have taken months to organize. But that doesn’t mean they have the tools and strategies to change the status quo, The Post’s Armario adds.

“In some ways it’s a bitter lesson,” Henken said. “Because the protests in July happened with almost no central organizing entity, personality or set of demands.” 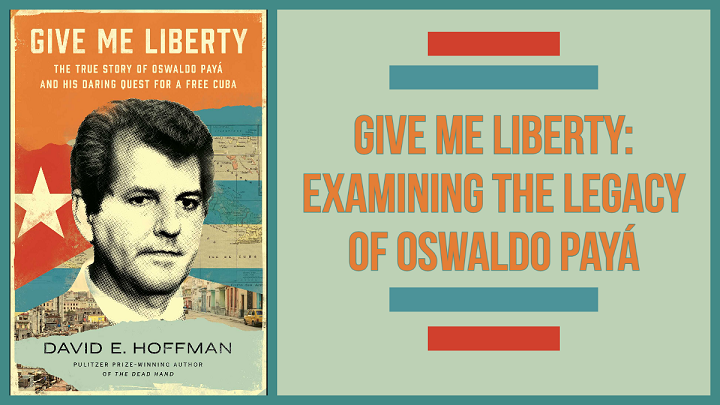 Join the National Endowment for Democracy (NED) for a conversation with The Washington Post’s David E. Hoffman, author of Give Me Liberty, and Cuban democracy activist and daughter of Oswaldo Payá, Rosa María Payá Acevedo, examining the life and work of Oswaldo Payá and how his legacy informs and inspires a new generation of Cuban democratic activists.

“Once these roundups end and you do return to a little bit of business as usual, people may go back to the same frame of mind that they may feel like they’re not afraid anymore,” said @JoDemocracy contributor Javier Corrales @AmherstCollege https://t.co/kzGII6tEJt