The United States should be wary of waging a long-term ideological competition that pits democracy against authoritarianism, argue Elbridge Colby and Wess Mitchell, founders of the Marathon Initiative, a new think tank focused on great-power competition.

The China challenge more to do with rising Chinese power than with the Chinese Communist Party, Colby told Brookings’ foreign policy analyst Thomas Wright. The risk to the American people is that China “could dominate the world’s wealthiest region and shape the global economy and global order in ways that are detrimental to the United States. The CCP makes it worse, but if China were a democracy, we would still need to worry about such a powerful country.”

They are concerned about the clash-of-systems narrative for other reasons too, Wright writes for The Atlantic:

Universalism results in overextension. They worry that the democracy agenda has gotten out of control, that the U.S. invests resources in thorny challenges that are detached from the national strategy. And then on other occasions, Washington falls out with strategically important allies and partners—such as Hungary, India, Indonesia, and Saudi Arabia—because the countries do not liberalize domestically. 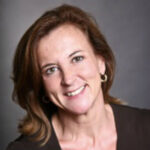 Marathon is a small think tank, but is important because it represents one of the most serious attempts to date to reconcile Trumpism with elements of traditional Republican foreign policy, adds Wright, citing a recent Foreign Affairs article titled “The End of American Illusion,” by National Endowment for Democracy board member Nadia Schadlow, who served on the Trump National Security Council and authored the National Security Strategy.

The current president, has reignited debate “on some concepts that we thought were settled.” He has forced the foreign-policy establishment to revisit “first principles,” said Kiron Skinner, former director of policy planning at the State Department, The New Yorker’s Masha Gissen reports.

“The President provides the hunches and instincts,” she said, “and it {was} my job, and that of Secretary Pompeo, to turn those hunches and instincts into hypotheses.” The “Trump Doctrine” is, she added, “in a kind of broad way, a set of pillars that address twenty-first-century realities.”

The Marathon Initiative is “trying to move the needle away from its natural resting place,” said Kori Schake, the director of foreign- and defense-policy studies at the American Enterprise Institute. Classic liberal internationalism—support for alliances, freedom, democracy, and an open global economy—remains conservatives’ best option, she told Wright, the author of All Measures Short of War: The Contest for the 21st Century and the Future of American Power:

Nothing else would have delivered the successes of the past half century. The party must learn the right lessons from the Bush years and from the mistake of the Iraq War. It must demilitarize U.S. foreign policy, avoid foolish interventions, and strengthen diplomacy, but it should not shrink its ambition. By helping others with their problems, she said, the United States can persuade others to help us with our challenges. Having a universal vision is a strategic asset.

But Marathon’s Colby and Mitchell believe the “unipolar moment,” where the United States is essentially unrivaled militarily, is over. The world is now bipolar, dominated by the dueling superpowers of China and the U.S., and features multipolarity in certain areas, such as nuclear weapons and the global economy. The end of unipolarity means that the U.S. must come to grips with new limits on its action. Washington must now make tough choices:

“The country is at a moment of self-correction. America’s external and internal environments have dramatically changed. We got used to three decades with no peer competitor and unlimited resources. These conditions are now gone. You can’t have a $3 trillion debt and competition on all fronts and expect to continue business as usual. Far-reaching departures from our traditional foreign policy are now required. Otherwise, changes will be forced upon us later, with more pain than if we are proactive.”

“I’m in a hard-line place now,” Colby told Wright , “because we have neglected China for a very long time. But the goal of that hard line is to get to a place of strength where détente becomes possible. When we get to a stable equilibrium, we should be prepared to engage with China regardless of its system.” RTWT