While National Endowment for Democracy board member Nadia Schadlow recently echoed calls for a “smaller, deeper liberal order” of industrialized democracies to defend liberal values, Carnegie analyst David Aaron Miller argued that calls for an alliance of democracies understate the real differences between them.

Summit participants “should devise coordinated measures to promote transparent governance, crack down on tax avoidance, and help those states transitioning to more democratic systems,” he writes for Foreign Affairs: 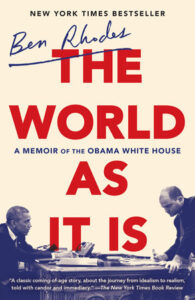 This should include efforts to root out corruption. Over $1 trillion in dark money moves across borders every year, fueling everything from Russian influence operations to rampant graft. The beneficial-ownership loophole should be closed in the United States, so that bad actors can’t park their money in the country without disclosing whose money it is. Multilateral efforts to track illicit money flows should be strengthened, and the United States and its allies should not be shy about disclosing the illicit wealth and corruption networks of illiberal leaders.

What the United States and Europe need, more than any individual policy, is a systematic effort to create antibodies against authoritarian attempts to interfere in democracies, adds Rhodes, author of The World As It Is:

Working in step with other democracies around the world, they need to strengthen the West’s own institutions to provide a more resilient democratic example and unabashedly advocate democratic values. This push should extend to institutions such as NATO and the European Union, which should be recast as alliances of democracies. If countries such as Hungary and Turkey keep sliding toward illiberalism, they should be threatened with sanction or expulsion. RTWT