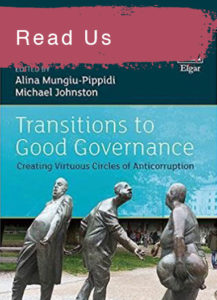 A much-reduced emphasis on promoting democracy and human rights adds to global turbulence, says Richard N. Haass, President of the Council on Foreign Relations and the author of A World in Disarray: American Foreign Policy and the Crisis of the Old Order. Middle East turmoil, the rise of China, and the dissolution of the post-World War II and post-Cold War order have dominated his commentary for Project Syndicate. The titles of several commentaries say it all: “Liberal World Order, R.I.P.,” “Cold War II,” “Europe in Disarray,” “The Era of Disorder.”

As an Eastern European living in Berlin, I am concerned about the scant academic interest in the gulf between the northwest of Europe and the rest of the continent, writes Alina Mungiu-Pippidi, professor of democracy studies at the Hertie School of Governance in Berlin, Germany. As a scholar of governance, I’m puzzled that two-thirds of Europeans think that connections, not merit, explain success in our common market. But problematic as these issues are, the future of democracy is my biggest concern, she tells Nature magazine:

In countries such as Romania or Ukraine, the public sphere was a battle between trolls and humans even before social media, because only a minority of the old media was about informing people — the rest was in the business of blackmail, influence peddling and advertising, like the Western media in the nineteenth century. Meanwhile, political parties in our new democracies have not yet managed to become anything more than special-interest groups. Before social media, we had some hope of solving these problems gradually, as problems in development. Can we still hope to do so?

To shape a social media that would be the fabric of cooperation that Alexis de Tocqueville described as civil society — and not some lab of populism and fascism — we need transparency to study it, adds Pippidi, an associate of the National Endowment for Democracy and chair of the European Research Centre for Anti-Corruption and State Building Research. RTWT 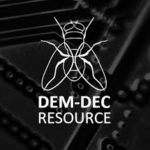 Democratic decline is also a concern outside the West, according to Democracy Decay’s Tom Gerald Daly, citing several resources on democratic decay and resilience, including Satoshi Yokodaido on ‘constitutional stability’ in Japan, policy documents on disinformation and democracy in the Philippines and the EU, the Constitutional Court of South Africa on state capture under President Zuma and a symposium on the constitutional crisis in
Venezuela. RTWT

What are some steps to ensure that civil society partners become self-sustaining? This is one of the key questions guests Lars Benson, Regional Director for Africa at CIPE, and Rick O’Sullivan, Principal of Change Management Solutions, aim to answer in this week’s episode of Democracy That Delivers. Lars discusses how CIPE works to promote good governance practices, then O’Sullivan describes what civil society’s role in governance is, and how it has evolved.