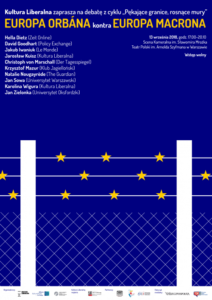 A union built to protect democracy faces authoritarian creep. Its leaders are divided over the best response, The Financial Times reports. The anti-democratic tilt in some EU states is an “existential threat” to the bloc, says Frans Timmermans, the European Commission’s first vice-president.

“We know from our collective European history that you can, through democracy, create autocracy,” he tells the FT’s Michael Peel and Ben Hall in a must-read analysis of the EU’s autocracy problem. RTWT 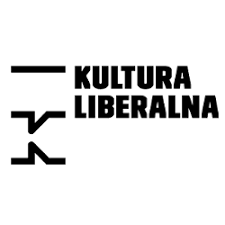 Poland’s democratic opposition and civil society offer a lesson for the rest of Europe: be creative in adapting to the new challenges of 21st century politics, argue Karolina Wigura and Jaroslaw Kuisz of the Kultura Liberalna Foundation. Beginning in 2017, the Polish opposition began rebuilding its entire political program, they write for The New York Times:

Liberal parties and organizations held conferences on how to restore the rule of law and repair state institutions. But we also knew that would not be enough. In order to win, liberals realized that we needed to discuss other topics and policies, like ecology, health care and welfare. Protesting violations of the rule of law, however justified, is reactive. Only by building a rich democratic agenda can we reverse the damage done by the government.

“If liberals want to win elections, they have to learn how to tell stories that give voters a sense of optimism and purpose — not stories that promise to revert to the status quo before the illiberals arrived on the political scene,” they add. RTWT

Hungary’s Victor Orban represents a new type of politician and it is very important to understand the dynamics behind his success, says Zselyke Csaky, the research director for Europe and Eurasia at Freedom House.

Hungary’s sleepwalking and smooth transformation from a malfunctioning democracy to a hybrid system with soft autocratic characteristics is both confounding and unnerving, she writes for The Bulwark. But by overstating the influence of Orban’s policies and giving him too much credit for ideas where his main contribution was breaking taboos, we are actually doing the bidding on his part, Csaky contends.

Europe’s far-right leaders are using Facebook to transcend borders, notes Yiannis Baboulias, a journalist based in London and Athens, and a Resonant Voices fellow with the Balkan Investigative Reporting Network. Captioned in English, sponsored by the Hungarian government, promoted to social-media users in Greece: A video about a Belgian politician represents a new trend in the spread of illiberalism, he writes for The Atlantic.

Wojciech Sadurski’s Poland’s Constitutional Breakdown atomizes the dismantling of liberal democratic institutions in Poland since the Law and Justice Party (PiS) entered government in October 2015, but with clear resonance for European and global democracy-watchers, according to Democracy Decay’s Tom Gerald Daly.

Key democratic norms remained under threat in 2018, but there were also unexpected breakthroughs in Armenia, Malaysia, and Ethiopia, note Freedom House analysts Nate Schenkkan and Sarah Repucci. Even in a time of new threats to democracy, social movements around the world are expanding the scope of democratic inclusion, they write in The Freedom House Survey for 2018: Democracy in Retreat, an article for the National Endowment for Democracy‘s Journal of Democracy.