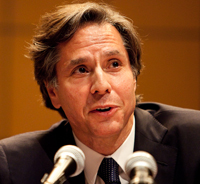 America’s ability to champion democracy and human rights worldwide was damaged by the violent insurrection at the US Capitol on January 6, according to Secretary of State Antony Blinken.

Citing the “major challenge” President Joe Biden faces in responding to the recent coup in Myanmar, CNN anchor Wolf Blitzer asked Blinken how the US can “speak with authority on democracy when people around the world saw our Capitol attacked and our democratic institutions pushed to the brink?”

“There’s no doubt that our ability to speak with that strong voice for democracy and human rights took a hit with what happened on January 6th and happened at the Capitol,” Blinken added. But he expressed optimism, stating that he sees the “glass as half full” because “we had a peaceful transition of power pursuant to our Constitution.”

What this suggests is that the US looks a lot like the other struggling democracies of the world, and is fragile in its own ways, argues analyst Alina Rocha Menocal. At their core, fragility and resilience are about how actors in state and society interact to channel different interests, needs and demands to address collective challenges, and to mediate conflict. Like many other countries, the US is living through a deeply fraught process of contestation to redefine power relations and underlying political settlements, she writes for the UK’s Overseas Development institute (ODI).