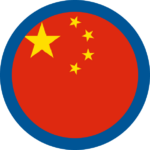 The importance the Biden administration places on partnerships based on shared values will be shown by who it chooses to work with and on which issues as it tries to build coalition to exert leverage over China. It will also be reflected in how it approaches issues of democracy, human rights, and liberal values in relation to China, says a new analysis.

Early indicators in this regard will come on forging common human rights-focused positions and responses on Hong Kong and Xinjiang as well as on which countries are invited to Biden’s proposed Summit for Democracy, argues Matt Ferchen, Head of Global China Research at the Mercator Institute for China Studies.

For its part, China will continue to emphasize the chaos and dysfunction of democracy in the United States, especially if the latter’s domestic politics remain violent and polarized, the author adds. China will likely double down on its brand of systemic competition by continuing to emphasize the importance of “stability” at home and abroad and to argue that its system of government is uniquely adept at ensuring that stability—especially compared to the United States.